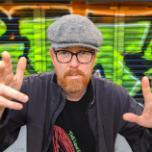 J. Griffith Rollefson (Principal Investigator) is professor of music at University College Cork, National University of Ireland and principal investigator of the 5-year community-engaged ERC research project, CIPHER: Hip Hop Interpellation, which will map hip hop knowledge flows on six continents.  Rollefson is author of Flip the Script: European Hip Hop and the Politics of Postcoloniality (University of Chicago Press, 2017) and the forthcoming Critical Excess: Watch the Throne and the New Gilded Age (University of Michigan Press, 2020).  He has served on the faculties of music at the University of Cambridge and at the University of California, Berkeley, where he also served as UC Chancellor’s Public Scholar.  Rollefson’s research has been recognized by the Volkswagen Stiftung, DAAD, ACLS, British Academy, and European Commission and is published in Black Music Research Journal, American Music, Popular Music and Society, in the edited volumes Hip Hop in Europe, Native Tongues: An African Hip Hop Reader, The Oxford Handbook of Hip Hop Studies, and elsewhere.  He tweets @cybergriff and @GlobalCipher.  More info at https://europeanhiphop.org/.

Jason Ng (Postdoctoral Fellow) is a graduate of Monash University in Melbourne Australia. He has diverse experience in researching and teaching communications, globalization, media studies and cultural studies in Australia and across Asia. His PhD research examines contemporary hip hop exchanges facilitated by passionate community leaders framed as cross-cultural intermediaries. These cultural agents work at the intersection of local hip hop forms and international flows of content and communications (around dance, music and the broader cultural ethos) through cultural entrepreneurship, social activism and working with corporate and governmental bodies to create sustainable businesses, events and work for creatives in the Asia-Pacific region.

Through ethnographic case studies across five global cities (Incorporating Tokyo, Bangkok, Shanghai, Melbourne and Singapore) Jason’s thesis provides a cross-national comparative lens to examine the influence of these figures and their work in facilitating local and regional connectivity and belonging. In addition to his PhD research, Jason also has an extensive knowledge of the field from his own critical practice as an artist (through dance, film, music, theatre and event management) and long-term participation in hip hop culture. 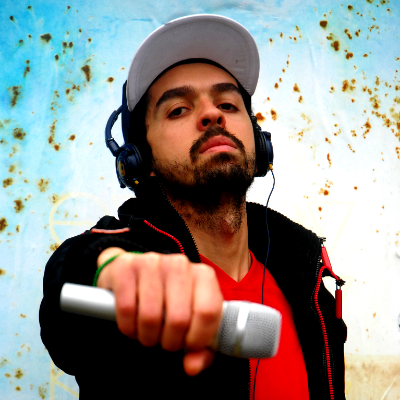 also known by his stage names Gusmão and Gusashi, is a music scholar, producer and drummer who studied Duelo de MCs - the biggest street hip-hop battle to happen in Brazil - in his masters with an unique ethnographic work as a scholar and rapper. In his PhD, Dr. Marques studied the musical work of Tyler, The Creator; Grammy awarded African American rapper, music producer and entrepreneur. Marques connected the racial and gender issues present in the musical work of Tyler, The Creator with the postcolonial scholarly work of Frantz Fanon and bell hooks. The audio-visual analysis of Tyler's performances were quite important as well in his PhD in which sound and media studies played a relevant role on it. Now Marques is a postdoctoral researcher for the CIPHER Hip-Hop Interpellation project in which he works as a Latin Americanist looking to expand even more his postcolonial studies.

improviser, poet, and educator. 0phelia is known for her live performance quality. She has opened for and collaborated with a stream of national and international hip-hop artists since 1999 -- Ice Cube, Tony Allen, Maverick Sabre, Sage Francis, Pharaohe Monch, De La Soul, Ultramagnetic MCs, and others. Nationally, she has toured with Damien Dempsey, been a member of Mixtapes From the Underground for 10 years, and established meaningful creative bonds with hip hop artists all over Ireland, including, The Unscene (Limerick), Choice Cuts (Dublin), Cutting Heads Collective (Cork), This Side Up (Sligo), DJ Moschops, G-Frequency, Costello, and Temper-Mental MissElayneous, to name a few. PakAnimal is her most recent and exciting experiment whereby she forms unique one-off bands on a monthly basis to improvise songs to a live audience.

0phelia graduated with a masters in music performance, specializing in voice, from C.I.T. Cork School of Music in 2018 and has been facilitating youth expression through hip hop since 2007 for organisations such as The Axis Ballymun, Rua Red, YWIC, Leargas, Music Generation Cork City, Cork Midsummer Festival, SoundOut, Music Mashup and most recently The Kabin Studio, Cork.  0phelia is fascinated by rhythm and freestyle. As part of the CIPHER Team, she will be conducting arts practice based research in ciphers across North America and Europe

James McNally (Marie Curie Research Fellow) is a writer and cultural historian with a long history as a rap critic. He has taught at the University of East London and the University of Bristol – where he was post-doctor

al researcher on the AHRC project Regional Rap in Post-Devolution Britain. A sociologist by training, James’ hip-hop scholarship is highly interdisciplinary. It appears in Visual Culture in Britain, Journal of the Society for American Music and Global Hip-Hop Studies. His completed PhD provides the first full history of hip-hop’s arrival in London in the 1980s and is the basis for his forthcoming book, Future Shock London.

James' current project, the  Long Island Rap Renaissance, explores the era-defining explosion of hip-hop innovation that emerged from New York’s Black outer-suburbs from the late 1980s. Entwined with this is an account of the changing history of race, class and geography in New York during the post-Civil Rights decades. The project both illuminates hip-hop's little considered suburban history, and the emergence of, and changing textures within, Black suburban life on Long Island. Outside academia,  James was Staff Writer at the British magazine  Hip-Hop Connection for nearly a decade. He has contributed to a wide variety of media projects, including the album analysis podcast series  Decode.
Janne Rantala (Marie Skłodowska-Curie research fellow) is a  southern Africa based Hip Hop scholar, currently working in the Music Department of the University College Cork in collaboration with Professor Griff Rollefson's ERC CIPHER project about global Hip Hop gems of wisdom. His EC funded project ‘ Performing Political Memory’ focuses on Hip Hop's performance of historical knowledge in four Mozambican cities. With his original concept ‘political ancestor’, his research cuts across the rarely associated fields of global Hip Hop studies and political memory studies in southern Africa. In 2021, he was lead researcher of the EU funded project, conducting participatory fieldwork about conflicts and peace building in five Mozambican provinces in the Instituto dos Estudos Sociais e Económicos (IESE). In 2018-2019 he worked in Cape Town as a Mellon Postdoctoral Fellow in the Centre for Humanities Research, University of the Western Cape (UWC). He defended his PhD in cultural anthropology in 2017 at the University of Eastern Finland. His stand-out paper about Mozambican rap is ‘‘Hidrunisa Samora’: Invocations of a Dead Political Leader in Maputo Rap’, published in the Journal of Southern African Studies (JSAS), which led him to win the journal’s Colin Murray Grant, awarded annually for engaged and original fieldwork. He also contributed to the first two anthologies about Lusophone Hip-Hop, of which one in English (2018) and another in Portuguese (2019). More recently he has been busy with submissions about 1. sampling space and time in Chimoio´s Hip Hop production, 2. sonic biography of Mozambican alternative hero Uria Simango, 3. peace and contemporary war in Mozambican Rap, and 4. regional power dynamics through Hip Hop communities´ own histories. In addition to his academic interests, he is a member of the international Hip Hop collective, Interligados, founded in Mozambique and Chile. Among other activities, he designed a general theme for the group’s song ‘O Poder dos Fracos’ (Power of the Weak), which gave a title to the group’s debut album .