Featured at the College Assembly held on 5th September in the Dora Allman Room of the Student HUB were the College of Business and Law Research Awards, which recognise research excellence and the extensive contributions made by the College’s researchers.

The Awards are given across four categories from Early-career, Mid-career, Advanced and Team to those who have exceptional and very influential research contributions, pushing boundaries, enhancing knowledge, and raising the national and international research profile of the College.

This year’s recipients are:

Dr Robert Butler, Department of Economics and CUBS: Researcher of the Year (Mid-Career)

These awards and recognition of the work of researchers illustrate the College’s continued research excellence and high performance. This is demonstrated across its disciplinary and interdisciplinary research, high impact publications, success in leading national and international funding programmes and in each school’s performance in rankings and CUBS’s accreditation successes.

Joining the Assembly to present the Awards to the recipients was Professor John Cryan, Vice President of Research and Innovation. Award citations were read by Dr Sean Lucey, Research Manager of the College of Business and Law.

Head of College Professor Ursula Kilkelly also addressed the Assembly on a range of topics, including staff appointments, College highlights and plans for the Academic Year 2022-2023. 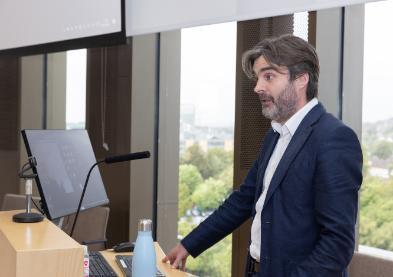 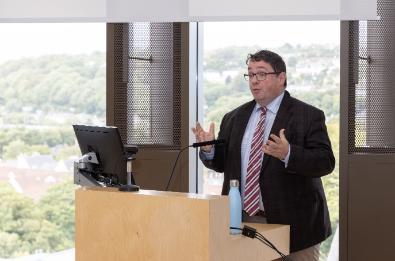