Find out what the National Plan living with Covid means for your studies, research and work.

The registration portal is now closed.

‘Appetite for Knowledge’ is a great opportunity to develop and present an exciting science communications project and to meet with senior cycle students from other secondary schools!

TO GET STARTED, CHOOSE A TOPIC RELEVANT TO FOOD, NUTRITION OR AG-SCIENCE THAT APPEALS TO YOU!

You can present on any topic of your choosing - just research, develop your project and present in UCC!

We have some suggestions to give you an idea of the type of projects you might find interesting but your project topic really is up to you.

So please join us in UCC for Appetite for Knowledge, we are really looking forward to viewing your projects in the Aula Maxima in November!

And who knows, while taking part in Appetite for Knowledge, you may even develop a taste to study at third level in the School of Food and Nutritional Sciences here in UCC.

Ireland's agri-food sector is modern and dynamic. It offers exciting careers to those who study food, nutritional and agricultural sciences. UCC has world class teaching and research facilities and you will be able to learn so much in our laboratories, bakery and food processing hall. We even have a micro-brewery in the School!

To find out more about food, nutritional and agricultural sciences, visit the School of Food and Nutritional Sciences website.

See our bakery at 1:44 in our 360º VR Campus Experience video and find out more about food research and production.

Are you interested in studying food science or nutritional sciences?

Just watch our videos below!

Appetite for Knowledge is funded by the Science Foundation Ireland Discover Programme which aims to:

UCC's School of Food and Nutritional Sciences greatly appreciates SFI’s funding of this important communications forum for senior cycle students and looks forward to working with them to promote STEM to Ireland's young people.

Further information about SFI can be found by visiting https://www.sfi.ie/

What is 'Appetite for Knowledge'?

Funded by the Science Foundation Ireland Discover Programme, "Appetite for Knowledge" is a science communication competition for young people.

Its aim is to help support the core science curriculum by broadening young people’s exposure to food, nutritional and agricultural sciences, and providing students with the opportunity for interactive, inquiry-based, learning alongside their peers. The core idea is that student teams make presentations on their chosen topic within these fields, with judging for prizes for best presentations.

With global challenges around the accessibility of healthy, sustainable and economically valued food, this project represents a timely and impactful platform to create a positive self-directed, learning experience for young people, along with providing them with exposure to education and career opportunities within food-nutritional-agricultural sciences.

When will the competition take place?

Where will the competition take place?

What types of food/nutritional/agricultural sciences topics should students research?

The concept focuses on empowering students to work together in small groups (2-4) to select and present on a topic/challenge facing FNA, and present at our forum which will facilitate multiple groups from schools. The competition will be judged by an external panel featuring subject experts and industry leaders, and will feature keynote talks from FNA experts based in University College Cork.

How do I register?

Schools that have previously emailed UCC with an expression of interest will be emailed in September with a reminder to register.

How many students in each team?

The average team will be approximately 2/4 people, with a time allocation of circa 8 minutes per team.

Science Communication Style - the choice is yours!

Our aim is to help students develop their science communication skills by using a variety of creative formats and mediums. Accurate and credible science can be communicated and discussed in fun, innovative and exciting styles, where participating students will be given creative control against an 8 minute time limit to discuss and present their chosen FNA sciences topic, in front of a public peer audience, in a format of their choosing.

Funding for Appetite for Knowledge was initially awarded by SFI to Dr Karen McCarthy.

Once the Forum has taken place in November 2022, feedback from participating students about the learning gained by competing in our Appetite for Knowledge communications forum will be presented here. 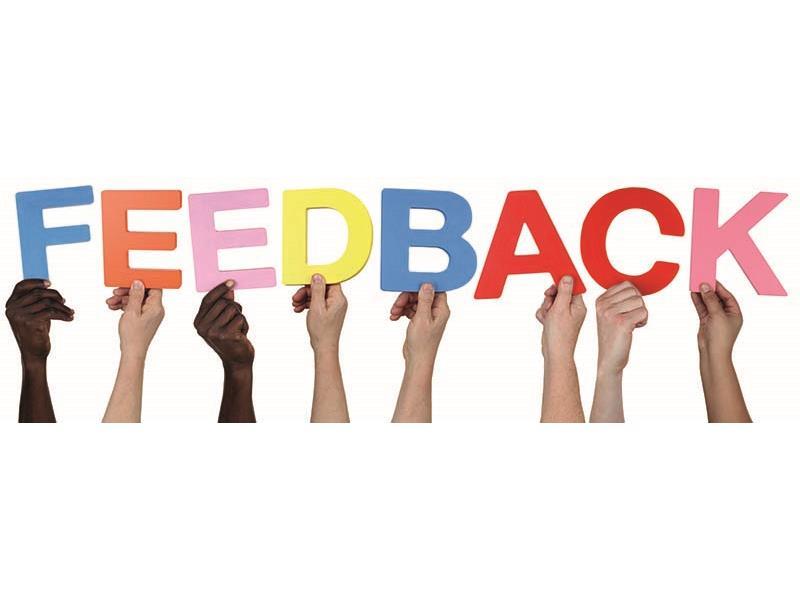 Photos of students and their projects will be posted here after the event which will take place in UCC's Aula Maxima on 10th November 2022. 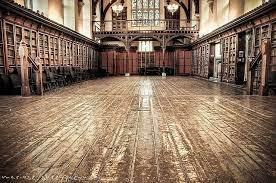 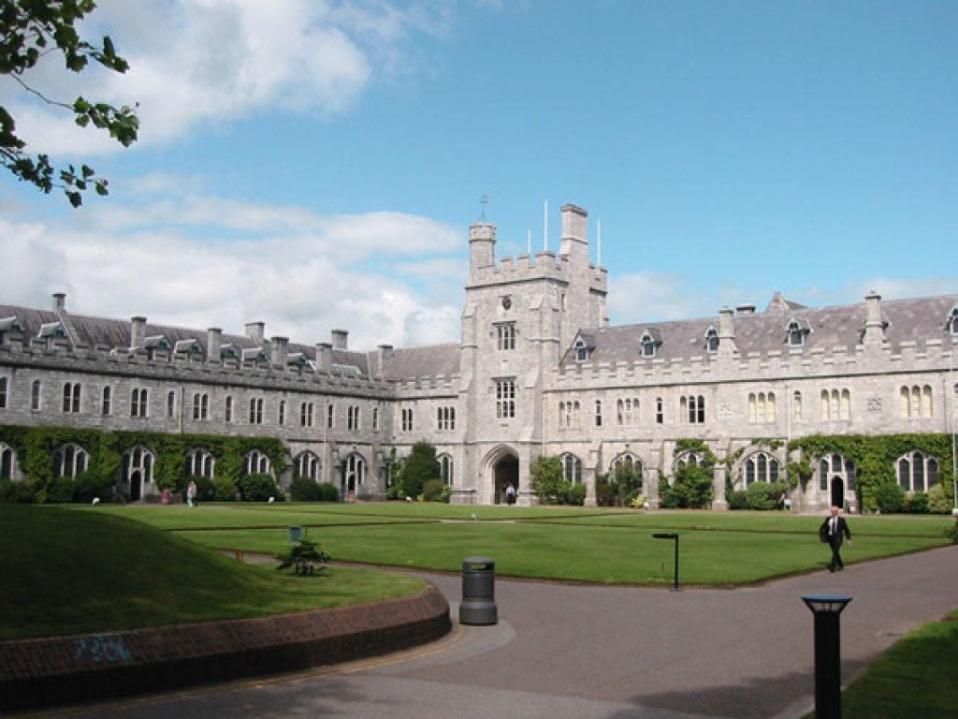 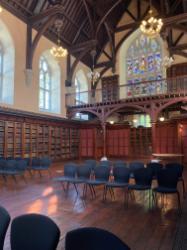 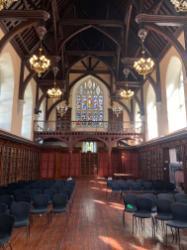 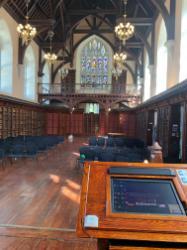 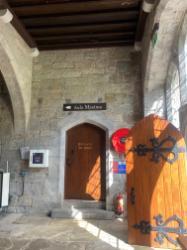 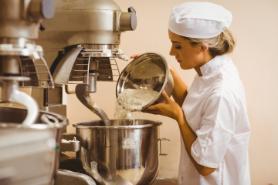 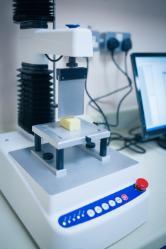 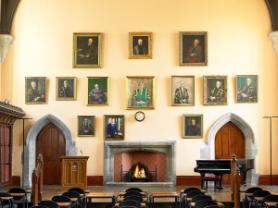 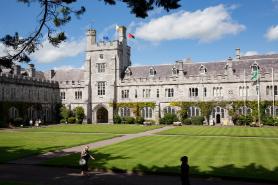 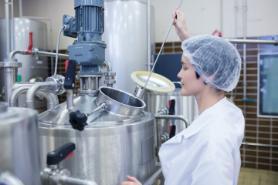 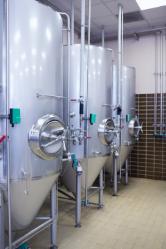 On Thursday 10th November 2022, the School of Food and Nutritional Sciences are running Appetite for Knowledge, a science communications competition for secondary schools.

Funded by the Science Foundation Ireland Discover Programme and sponsored by Dairygold Health and Nutrition the event will be hosted in UCC’s historic Aula Maxima.  This competition has been specifically designed to engage transition year and other senior cycle students in Irish secondary schools.

This outreach initiative will support the core science curriculum by broadening young people’s exposure to food, nutritional and agricultural sciences, providing students with the opportunity for interactive, inquiry-based learning alongside their peers.

The core idea will be for student teams to make short presentations on their chosen topic within these fields, with judging for prizes for the best presentation.

“As one of the largest Dairy Cooperatives in Ireland with strong community ties within the Munster region, Dairygold Health & Nutrition are delighted to sponsor the Appetite for Knowledge program in conjunction with UCC, promoting exposure to education and career opportunities within the food, nutritional and agricultural sciences sectors” George MacLeod, General Manager, Dairygold Health and Nutrition

Christopher Braganza who runs the Spice Genie food truck from his Cork base was selected as last year’s winner of Battle of the Food Trucks.  Christopher is originally from India and moved to Ireland in 2012. He makes home-cooked authentic Indian food.

Like many of the excellent food trucks that can be found around the country as a result of the Covid19 pandemic, Spice Genie was born out of necessity. However, Chris's passion for food began at an early age.

The youngest of four siblings born in the beautiful coastal city of Margao, Goa, he grew up amongst buffalo and fruiting trees on his parents' land. In his mother's kitchen, he learned how to grind spices, pickle limes and Chris clearly recalls taking lessons from his aunt on how to cook the perfect Biryani - one of his favourite Indian dishes.

After completing his studies in Hyderabad, Chris took off around the world from within the kitchens of cruise ships as a pastry chef and honed his technique, experimenting with temperature and timing to get the fullest flavour from his food.

In 2012, he settled in Midleton, County Cork, where his brother was already working as a nurse. The following decade saw Chris gaining valuable experience under chefs such Kevin Burke from Castlemartyr Resort, Martin Kajuiter, and Kwanghi Chan from the Cliff House Hotel.

In Spring 2022, Chris entered and won the Battle of the Food Trucks on RTE. This was followed by a summer of hard work and exciting opportunities. For the moment, Chris is continuing to build his business, bringing his unique take on Indian cuisine to the people of Ireland. 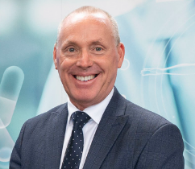 George MacLeod is the General Manager of Dairygold Health & Nutrition.  This was a  business unit created 2 years ago to drive growth and margin opportunities for Dairygold Cooperative Ltd. George has extensive knowledge of the dairy, food and beverage industries with over 30 years technical and development experience gained within the UK and Irish markets and extensively within the Middle East region combined with a unique breadth of skills covering technical, product development and innovation management along with commercial, sales and business development industry roles. 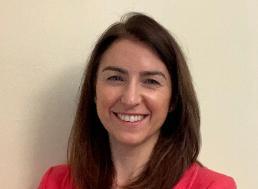 Dr Majella O’Keeffe is the Programme Director & Senior Lecturer MSc Human Nutrition & Dietetic UCC.  She is also a graduate of the BSc in nutritional science at UCC.  She completed her PhD at Cardiff University before moving to New York where she joined Columbia University, New York Obesity and Nutrition Research Centre as a research fellow.  On completion of her post-doctoral training, she moved to London where she graduated, first in class, with a postgraduate diploma in Dietetics from King’s College London and was a recipient of the Van Der Bergh prize.  She has worked as a clinical research dietitian at Barts NHS Foundation Trust and Queen Mary of London in the area of maternal obesity.  In 2014, she re-joined King’s College London as a post-doctoral research dietitian working in the area of gastrointestinal health before obtaining a lectureship in nutrition and dietetics where she taught across multiple programmes including the BSc and MSc in Dietetics at King’s.  In 2020, she returned to Ireland as a lecturer in the School of Public Health at UCC before being appointed as senior lecturer in the School of Food and Nutritional Science at UCC where she leads on the MSc Human Nutrition and Dietetics.

School of Food and Nutritional Sciences