Marty Morrissey is one of the most popular sports commentators in Ireland. He tells Michael Moynihan about his earlier years at UCC and expresses some strong views on the current GAA scene.

One of the most recognisable voices in Ireland - broadcaster Marty Morrissey of RTÉ, is recalling his early experiences of University College Cork: “I lived on College Road, looking out over the old college car park. Sport was the way I assimilated. Early on I went down to the Aula Maxima where Murt Murphy - now a journalist himself - and Don Good were signing up freshers for the football team. Robert Bunyan was there, Donal Buckley, Jim Nolan - later a Cork selector - Paddy Barrett and Michael Downes. These were all guys I got to know over the coming years. 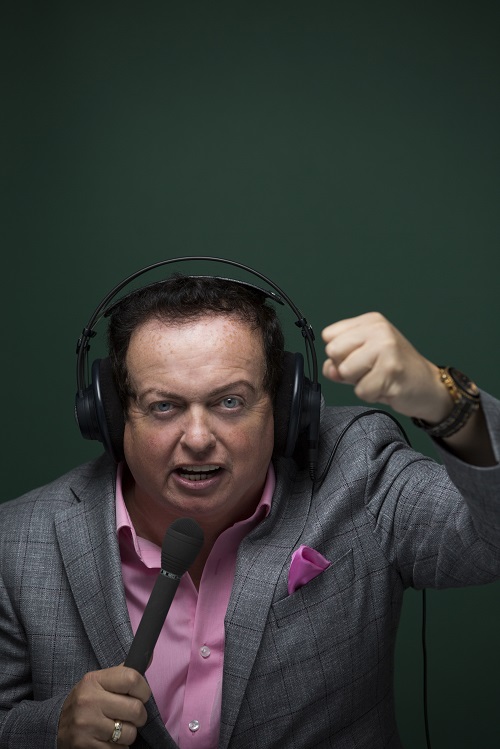 “I said I was a Clare minor, and Murt and Don said, ‘if we’re stuck we’ll be in touch . . .’ I played Sigerson [Cup] with Sean Walsh, Sean Murphy who played for Cork, Johnny Mulvihill - Martin O’Doherty was in front of me, so I was safe enough.

“We became famous by accident one time - the old Cork Examiner had a glitch with an ad and two huge photographs covered a whole page, UCC and UCG, from an obscure higher education league game in the Mardyke. A Mickey Mouse game but the two teams covered the page, you wouldn’t see it for an All-Ireland.”

"Gaelic games provided my social outlet in UCC, one hundred per cent. That was how I made friends. We played a bit of five-a-side soccer too, in the Maltings, and in the Quarry - where the Boole Library is now - which was great fun"

Marty landed in UCC as a medical student but flirted with science and arts before becoming a teacher: “I didn’t know what I wanted to do at the time, to be honest. I was very young, in college at 16 - all over the shop. Eventually I did my HDip and qualified as a teacher.

“Gaelic games provided my social outlet in UCC, one hundred per cent. That was how I made friends. We played a bit of five-a-side soccer too, in the Maltings, and in the Quarry - where the Boole Library is now - which was great fun.”

Broadcasting happened by accident, he says: teaching back home in Clare, he was prevailed upon to do one match commentary, then another, and after picking up experience with Cork Multi-Channel and Clare FM, he joined RTÉ.

He is now one of the most popular broadcasters in Ireland with a particular focus on Gaelic games. A lifetime of association with Gaelic football and hurling has given him strong views on the games on and off the field.

“In goalkeeping, say, everything has changed. In our day you got a mound of earth and put the ball on top of it, and you had to learn how to kick it out. Anthony Burke was the Clare senior ’keeper, from my own club, and he taught me how to develop a decent kick-out.

“I’d love to be playing now with the tee for kick-outs, certainly. When we were playing Kieran Dowd was involved, and he was very good to train a team - we worked on kick-outs. For us it was a matter of trying to find Sean Walsh all the time, and we’d aim for him all the time.”

Nowadays, he says, Stephen Cluxton has brought it to a whole new level, particularly the short kick-outs. “If we’d chanced that, you’d have heard about it quick enough: ‘what the hell are you doing?’ So it’s different, more scientific.

“Billy Morgan - another UCC man - was my idol. To me he was the man who started the trend of saving the ball, and working it out the field. I credit him with starting that.”

“County managers have too much power”

The Clare man has a view on the administration of the games also. “County managers have too much power and control, to an extent. County boards have the responsibility to manage the GAA in their counties, to organise games - and shutting down club championships in the middle of the summer can’t be right,” he says. “Quite apart from anything else, in the old days if you caught the eye in a club game, you could get a call-up to the county team.”

Marty admits to being “a little passionate” about the county board taking back some responsibility in this regard. “Fair enough, you have to be flexible, if you’re coming into an All-Ireland final I understand the manager wants his players, but I remember being involved with my club, Kilmurry Ibrickane, one year, when we played Ḗire Óg of Ennis on May 12th or 13th, and we didn’t play another championship game until the 28th of August. That’s common now.

“I know we need the inter-county game to attract coverage and so on, but the GAA needs to find a balance. That hasn’t been found yet, and inter-county managers’ power here needs to be reduced.”