Martin has a longstanding interest in ancient forests and in the impacts of former land use on the floristic composition and diversity of forests. Along the same line, he has investigated the impact of fragmentation on the plant species diversity in deciduous forests (with some work on heath lands, grasslands), the colonization capacity of (ancient) forest plant species and the changes in the flora over long periods both on the forest and plot level. In addition to his interest in forests, he has recently started working on green roofs and the use of perennial plant species in urban green. The bewildering variety of plant species in the temperate zone is at the heart of his research interests. 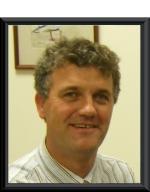 The main focus of John’s research is forest ecology and ecotoxicology. In his research projects the questions addressed range from ecosystem processes and biodiversity assessment, though to individual species studies, organ, organelle and genetic impacts. He is dedicated to transferring research from the field, lab and bench to class and industry. John leads a research group comprised of 4 Post-doctoral Researchers, 8 PhDs and several MScs. John is Vice President of the British Trust for Ornithology and recently completed a 6 year term as executive Editor of the international journal Bird Study, during which time he increased its ranking significantly and was awarded a prize for journal design and publishing. 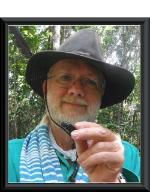 He has been a visiting professor at the University of Bern, University of Oxford, Michigan State University and Sun Yatsen University, and a visiting scientist with both the United States and Canadian Forest Services. Research in Spence's laboratory has pursued both basic and applied questions in entomology, forestry and aquatic ecology, with biodiversity and insect conservation as main themes. Since 1996, he's been actively involved in broad-based research on sustainable forest management, mainly through co-leadership of the EMEND (Ecosystem Management Emulating Natural Disturbance) project in NW Alberta. His work has been recognized through the award of the Gold Medal in of the Entomological Society of Canada, Scientific Achievement Awards from the Canadian Institute of Forestry and IUFRO, an Alberta Emerald Award, an Alberta Science and Techonology Prize, and election to the Finnish Academy of Arts and Sciences and the Mexican Academy of Forestry. He has published >150 scientific papers and guided c. 50 graduate students through the course.