Congratulations to Dr Roman Stilling a post-doctoral researcher with Professor John Cryan and Professor Ted Dinan in the Department of Anatomy & Neuroscience and the APC Microbiome Institute, whose research work features in an award winning article by FOCUS editor Simone Einzmann.

The article is published in the February 2016 edition of the highly regarded bi-monthly 'FOCUS Gesundheit' ('Health') publication, a speciality spin out of FOCUS magazine, Germany's third-largest weekly news magazine.

In the article Simone Einzmann explores the work of Dr Roman Stilling and his colleagues in University College Cork. Roman who received an Irish Research Council fellowship to support his work, explains the effect of gut bacteria on the brain,  'For a healthy brain, the bacteria in our intestines are incredibly important',  'Until recently, few researchers would dare say that our gut bacteria could control our emotions and behaviour - but this has changed dramatically'.‌

Roman's work focuses on the mechanisms that enable microbes to induce changes in social behaviour. He looks at the switching on and off of genes in response to social cues, and has found that in mice growing up in the absence of bacteria this regulation goes astray, resulting in impaired sociability. It is hoped that this work will lead to the development of new treatments for neurological and mental illnesses. 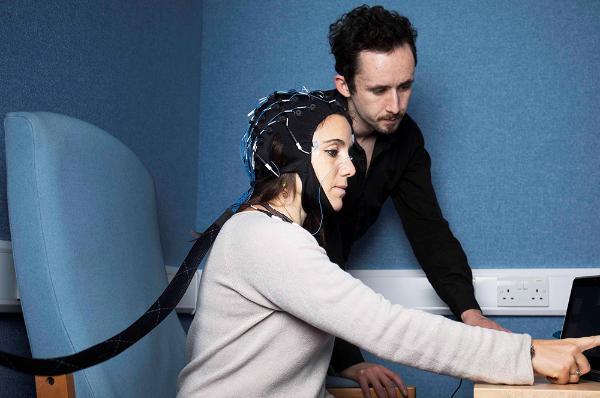 Featuring in the article too is the work of Dr Andrew P. Allen a postdoctoral researcher also working with Professor John Cryan, Professor Ted Dinan and Dr Ger Clarke in the Science Foundation Ireland-funded APC Microbiome Institute.  Andrew’s work examines the impact of probiotic supplementation on stress and cognitive performance. He is also interested in changes in the microbiota under conditions of chronic stress, with a particular focus on informal caregivers for family members with dementia. 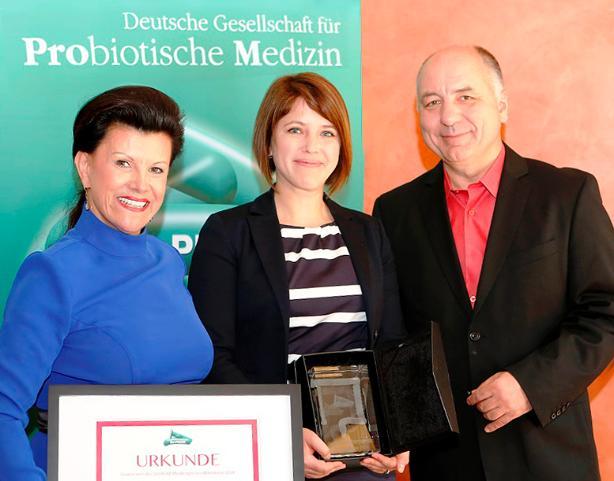 FOCUS magazine editor Simone Einzmann received the German Society for Probiotic Medicine DePROM Media Prize of €5,000 for the article 'Gefühlsfabrik der Bakterien' (Bacteria the Emotions Factory)', which was awarded yesterday at a prize giving ceremony in Berlin.  "The contribution of Simone Einzmann inspired us with a scientifically sound and also very clear representation on the impact of the micro-flora in our intestines on our thinking and emotions', explained Prof. Dr. med. Stefan Schreiber a renowned gastroenterologist, director of the Institute of Clinical Molecular Biology Kiel University, and president of the German Society of Probiotic Medicine DePROM.  http://www.bskom.de/deprom-medienpreis-erstmals-verliehen/