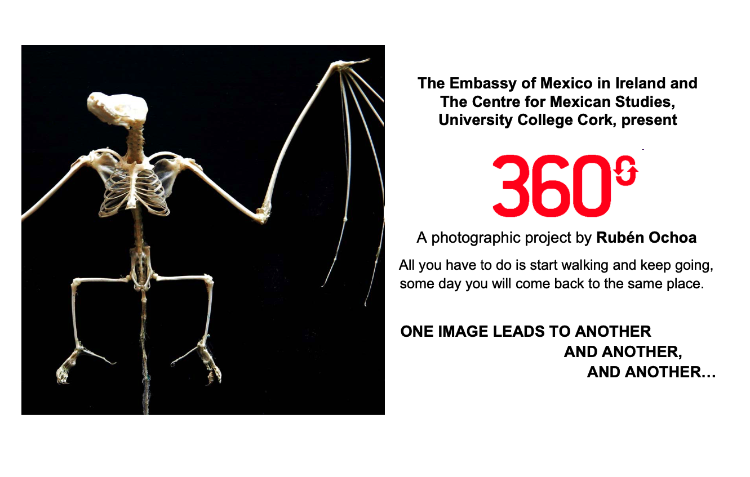 The Embassy of Mexico and The Centre for Mexican Studies, UCC are pleased to announce the opening of the photographic project 360 degrees, a photographic exhibition by Rubén Ochoa at UCC. Guests at the opening included: Deputy Lord Mayor, Cllr. Kieran McCarthy; Chargee D'affaires of Mexican Embassy, Alicia Kerber and Professor Nuala Finnegan, Director of the Centre of Mexican Studies, UCC. 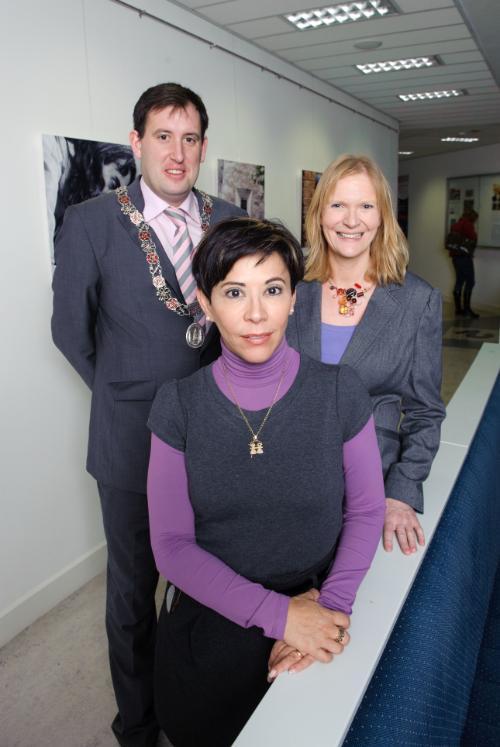 This exhibition has been facilitated through the enthusiasm and sponsorship of The Centre for Mexican Studies, UCC and its director, Professor Nuala Finnegan.

360 degrees will be displayed in the O’Rahilly Building, UCC, second floor, Blocks A and B, until March 31st 2011, from 9am am to 6pm.  It has been previously shown in Dublin, London, Vienna, Berlin, Frankfurt, Bratislava, Bern, Barcelona, Moscow, Rome, Bucharest and Lisbon among others.

Previous ArticleNext Article
Back to Research