UCC Rowing Club is one of the oldest and most successful sports clubs in the University beginning life in 1868 on the Marina in Cork as the Queens College Cork Rowing Club. Since 1912 the club has won 21  National Championships in a variety of categories in men’s and women’s. The club has also been a strong competitor in the mid-season Grand League Regattas, which have been taking place nationwide since 2010. Among other notable events that UCC have performed well in are London Head of the River, London Metropolitan Regatta, and Henley Royal Regatta.

The club started life along the Marina, in Blackrock, Cork. The facilities of other clubs were used along the Marina, such as at Shandon BC and Cork BC, up until 2012 when UCCRC (UCC Rowing Club) had the opportunity to move out to the National Rowing Centre. This is an ideal location for the club as the 15km of lake with a 2000m rowing course and top of the range facilities on land enables training at the highest standard.

We have now moved back to the Marina, temporarily residing in Cork Boat club until our own development at the Marina is complete.  We are looking forward to making this our home for many years to come.

Recent developments at UCCRC include the continued addition to the comprehensive fleet of modern racing boats and the organisation of programs for specific athletes which have been tailored to them by qualified, well-recognized coaches.  The club’s performance programme has gone from strength to strength in recent years, with many International rowers among the team and we had olympic medallists at the 2020 Tokyo Olympics.

Rowing at UCC encourages members to compete at local, national, and international regattas, become part of a great social scene here in Cork, make new friends and improve your fitness. UCCRC caters for all skill levels from the raw novice up to the experienced senior and prides itself on helping students to realize their potential on the water.

2021 marked a special year for UCC Rowing as no fewer than seven members of team Ireland that made the trip to Tokyo. 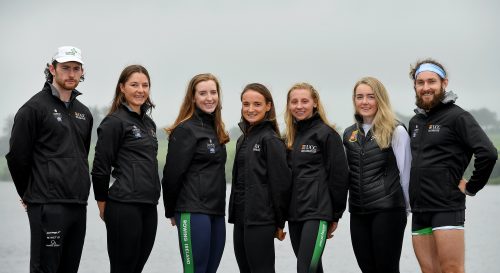 Ms Puspure - a world champion in the single skulls in 2018 and 2019 - is a level 3 qualified rowing coach and recently completed a degree in sport science and conditioning with Setanta College. Sanita started with us in 2021.

Martin Kilbane began rowing in London at Thames Tradesmen Rowing Club and Lea Rowing Club. He rowed there for 6 years before joining the UK national squad from 1985-1986 where he rowed 4 seat in the mens 8.

He came to Ireland in 1991 and he began coaching Junior and Senior women in Cork Boat Club. He was involved in coaching boats to win 6 respective championships out of CBC. Martin coached various crews at Home Internationals and Coupe de la Jeunesse for 10 years. He was a national para-rowing coach from 2013-2019 and was involved in coaching 28 athletes to represent Ireland internationally.

He has been coaching with UCCRC for 4 years and has coached 6 boats to win national championships from our team. Today he coaches our novice squad. He is rarely seen at training without his dog, Ellie as seen in the photo below. 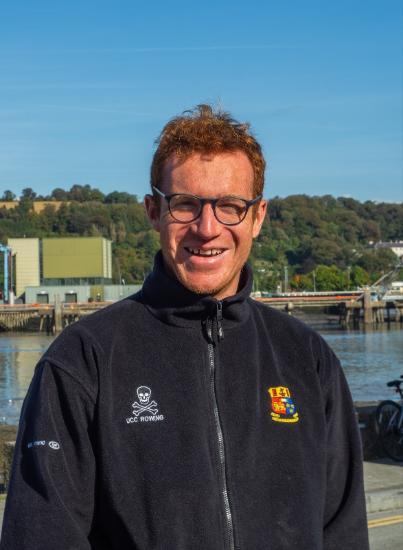 David Breen started rowing with Lee Rowing Club on the Marina in 2008. He went to UCC to study nutrition and joined the rowing club in 2017. During his time on the team he served in every position on the committee. He was elected captain in 2019 and again in 2020. David also went to the Home International Regatta in 2019 racing the senior mens double and quad.

Today he coaches our club and novice squads and provides performance nutrition support to cork under 20 hurling and football.

There are currently no results.

There are currently no scheduled events.