With UCC being the first university in the world to receive the Green Flag, it has led the way on sustainability development. Joyce Fegan speaks to three of our climate change experts - Dr Paul Bolger, Professor Brian Ó Gallachóir and Dr Áine Ryall - about how we can all help make Ireland carbon neutral by 2050.

In October 2018, we were warned that we had just 12 years to avoid reaching dangerous levels of climate change; that we needed to keep global warming to a maximum of 1.5˚C.

Just a half degree more, and the risk of droughts, floods, extreme heat and poverty for hundreds of millions of people would significantly increase. This stark message came from the world’s leading climate scientists and featured in the UN’s Intergovernmental Panel on Climate Change (IPCC).

At an EU level, the 2030 targets have been set, which include cutting greenhouse gas emissions by at least 40% – relative to 1990 levels – and an ambition to become carbon neutral by 2050. In Ireland, the government supports this EU ambition and so is currently assessing how to make Ireland carbon neutral, by 2050.

But as the clock ticks, what planet-saving steps can we put in place? “There is no silver bullet. Climate change is what is called a ‘wicked problem’ – it doesn’t have any one solution,” says Dr Paul Bolger, manager of UCC’s Environmental Research Institute (ERI), which has over 100 projects focused on this issue.

“Climate change is a problem that goes to the very root of how we live on this planet. It involves how we heat our homes, where we live, how we get to work, how we get to where we want to play, what we eat, and what and how we purchase,” he explains. 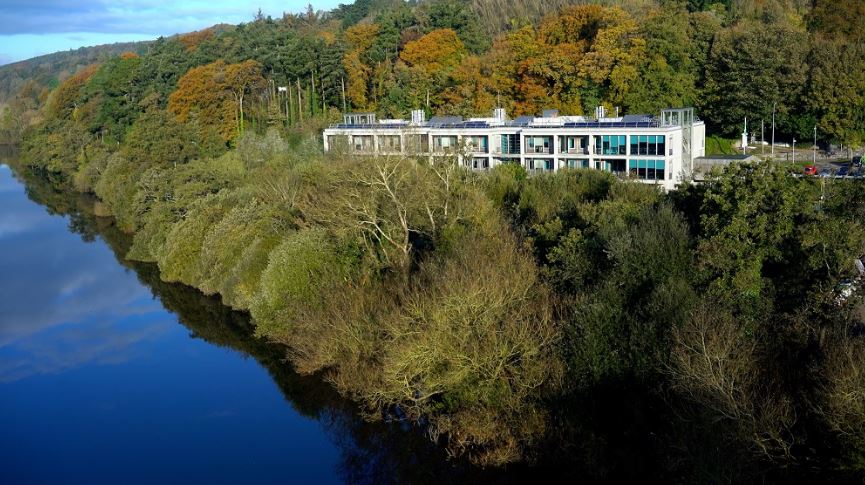 However, there are four key areas that can be addressed: “There’s an energy issue – a technology issue – and that’s the piece that is usually talked about. What is the technology that is going to fix this? Is it wind or solar or tidal power? But that’s only one piece of the jigsaw,” he says.

“Just as important are the policies that government has. If you don’t have the right policy structures in place, it’s very difficult for a lot of these technologies to get any traction in the market.

“The third area is economics – who is going to pay for all of this, as we saw with the introduction of an additional €6 per tonne of carbon in the 2019 budget. And the fourth area concerns the people – engaging with communities and the public on the need to change our ways, both as individuals and as a society.”

Paul stresses that in order to tackle climate change, teamwork across these four areas is necessary: “Within the ERI, within the university, we are trying to use a different way of approaching these problems – by taking the perspectives of lots of different disciplinary researchers and integrating them together to get better outcomes.

“Within the ERI for instance, we’ve got 20 different schools involved, which include everything from biology to chemistry to engineering to social sciences, to business and law, and the humanities, and public health and medicine.”

"Climate change is a problem that goes to the very root of how we live on this planet. It involves how we heat our homes, where we live, how we get to work, how we get to where we want to play, what we eat, and what and how we purchase" - Dr Paul Bolger

Energy accounts for most of Ireland’s greenhouse gas emissions and one expert in this area is Brian Ó Gallachóir, Professor of Energy Engineering at UCC’s School of Engineering. He is also Director of MaREI, the Science Foundation Ireland Centre for Energy, Climate and Marine.

More than 200 researchers are involved in MaREI, in 12 third-level and research institutes, working with more than 50 industry partners and hosted by the Environmental Research Institute.

His work involves taking a broad view of the entire energy system, in order to identify where we can make planet-saving changes.

“This energy system includes the power plants, which are generating electricity and causing emissions, but it also includes the cars and trucks we are driving, and our heating systems in our homes and in our factories,” he explains.

Brian says Ireland generates about one-third of its electricity from wind energy; electricity represents just a fifth of our energy use.

Therefore, we need to do a lot of work on changing our energy sources for heat and transport, which together make up 80% of our energy use.

“While we have been doing well on changing the supply of electricity, we haven’t done much in terms of heat and transport and that is why at the moment about 50% of our energy use is coming from oil,” he points out.

However, scientific facts aside, we are now living in the era of social media and fake news, so the biggest challenge of all when it comes to addressing climate change as a people is in how we talk to one another.

“Nobody wants to bring legal action, but if it’s the case that our health is being impacted – including our children, people will turn to the law and they will use European Union law and Irish law to attempt to force stronger action on air quality” - Dr Áine Ryall

“The discourse is critically important – the dialogue; how we engage, how we discuss, how we tease these things out and how we look at the trade-offs and the benefits. Ideally, we need everyone to move together quickly, that’s the challenge.”

And how we do we ensure then, that action is actually taken? That’s where the law steps in – and another of our experts, Dr Áine Ryall, a qualified barrister who lectures in and researches, environmental, climate, and European Union law at UCC’s Centre for law and the Environment.

“What is particularly important is our climate legislation, the Climate Action and Low Carbon Development Act 2015, and that Act obliges the government to put particular plans in place, for example the National Mitigation Plan, which sets out how Ireland intends to meet its climate targets,” she says.

“It’s important to keep in mind that if the government doesn’t fulfil its legal obligations, there are then mechanisms that individuals or non-governmental organisations (NGOs) can use to try to hold them to account.” 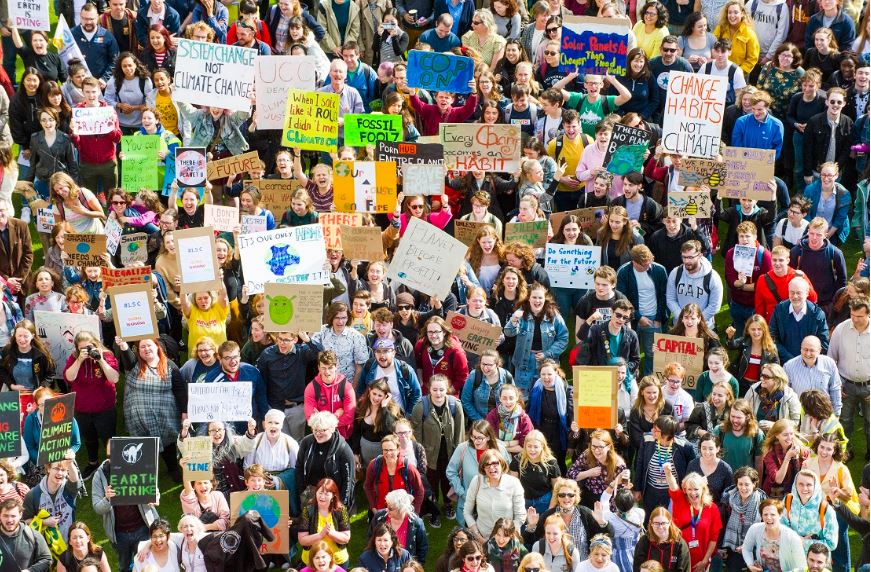 Áine says we are on the cusp of an era where climate litigation will become far more common, and she cites a recent case taken in the Irish courts: “We had a High Court case, Climate Case Ireland, where an NGO, Friends of the Irish Environment, who are a Cork-based NGO, brought the government to court trying to force more effective and more urgent climate action.

“They weren’t ultimately successful in their case in the High Court, but they certainly managed to raise the profile of climate action and to make more visible, constitutional rights in the specific context of climate change and also the human rights dimension as well,” she says. “This is only the beginning of the kind of climate litigation we are likely to see in the future.”

“Nobody wants to bring legal action, but if it’s the case that our health is being impacted – including our children, people will turn to the law and they will use European Union law and Irish law to attempt to force stronger action on air quality. Governments take notice when people win court cases,” she adds.

It is encouraging that we have such expertise at our university leading the way in addressing the problem of climate change, but it’s also clear from them that we all need to get on board; to work together to make Ireland carbon neutral by 2050, and play our part in saving the planet.

Follow this link for more information about climate research at UCC.