The Civil Engineering Building has been named the Iris Ashley Cummins building, in honour of UCC’s first female engineering graduate.

Iris Ashley Cummins, born in Glanmire Co. Cork in 1894, graduated with a Bachelor of Engineering from UCC in 1915 and would become the first female land surveyor for the Irish Land Commission and the first female Associate Member of the Institution of Civil Engineers of Ireland. Iris was also a talented hockey player, representing both UCC and Ireland at senior level.

The naming of UCC’c civil engineering building took place this week to highlight Introduce a Girl to Engineering Day on 24 February. This is the first UCC building to be named after an individual UCC female pioneer and the initiative forms part of the university’s ambition to place equality, diversity and inclusion at the heart of its activities. It is expected that this will be the first of many UCC campus buildings to be named after inspirational female pioneers.

Equality, diversity and inclusion are core to UCC's values. The University holds ten Athena SWAN awards in recognition of its commitment to gender equality. Through Athena SWAN, the university seeks to further amplify and celebrate the achievements of UCC's female trailblazers. This includes the naming and dedication of central assets. In recent years, the legacy of three UCC female pioneers - Professor Mary Ryan, Dr Dora Allman and Dr Lucy Smith has been recognised through the naming of spaces on the main campus. UCC also holds the archives of Elizabeth Friedlander, Nancy McCarthy, and the Irish Feminist Archive, while many significant female authors are published at Cork University Press, not least BG McCarthy, author of the ground-breaking ‘The Female Pen’. 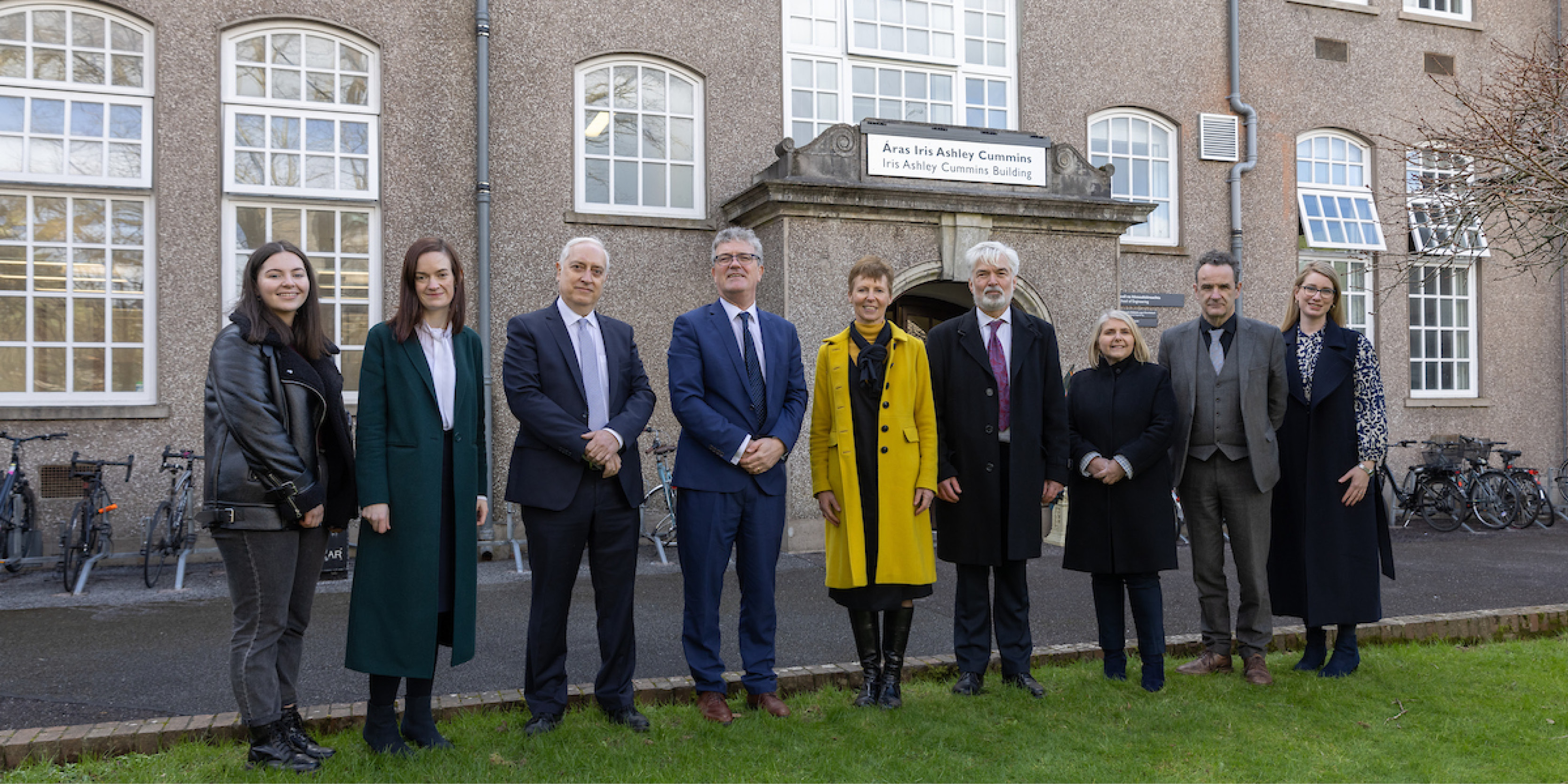 “We are delighted to mark the naming of UCC's Civil Engineering Building in honour of Iris Ashley Cummins - UCC's first female engineering graduate.  Iris is an exemplar for women in STEM.  She was an independent and creative thinker whose pioneering actions challenged the gender norms of her day. We are proud of her achievements, and we hope that everyone who passes through the doors of the Iris Ashley Cummins building will find inspiration in her legacy.  You cannot be, what you cannot see and this is another  important  step in providing role models for our community”.

“We are honoured that University College Cork has decided to name this building after our relative Iris Ashley Cummins. Iris and her family had strong links to the university, and it makes us very proud to see her memory being kept alive in this way. I think she would be especially pleased to know that this is the first of UCC’s building to be named after a female pioneer”

“This is a very special day for STEM at UCC. By elevating the legacy of women like Iris Ashley Cummins we hope we can encourage our female students to pursue exciting and rewarding careers in STEM. Generations of UCC students can now find inspiration in Iris’ remarkable story and be motivated to follow in her ambitious footsteps”.