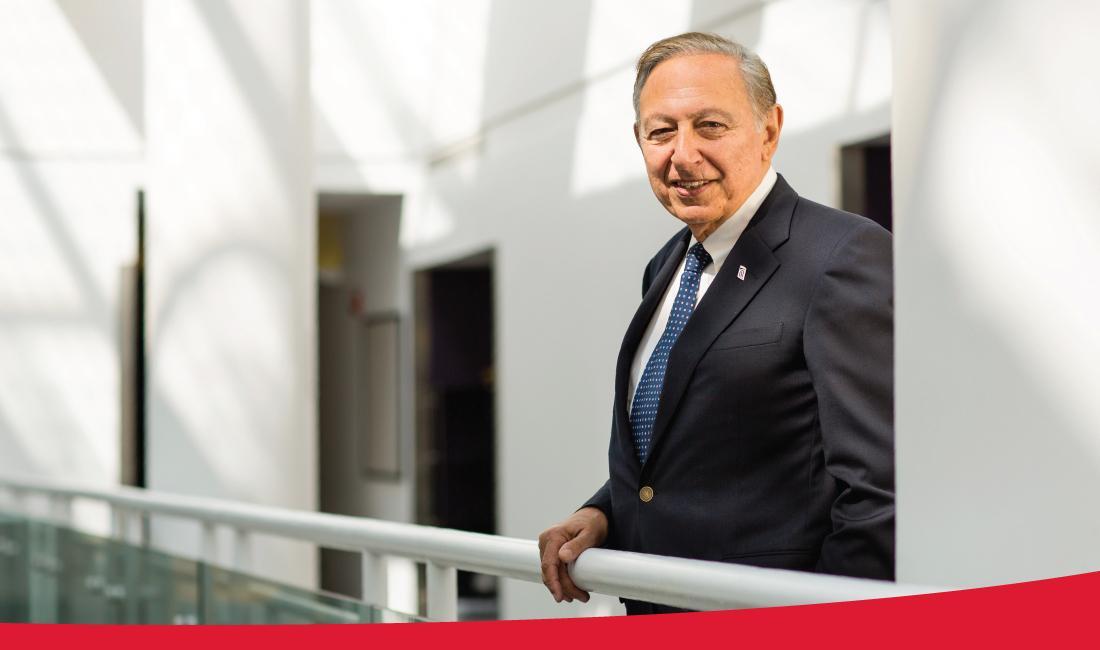 Lessons and ideas from the two recent pandemics - HIV/AIDS and SARS-CoV-2/CoVID-19 - and how we can and must do better.

University College Cork - Centre for Global Development is delighted to present this top event as part of the Lunchtime Seminar Series. The event will be co-hosted by UCC Research Staff Association.

Register via EVENTBRITE for the event today, and you will receive a Zoom link one hour before the event starts!

Pan of course means all and implies that an infection is global. Equally it should imply we must solve it everywhere not only in our back yard even for the selfish reason that if we do not it will likely comeback to us. A pandemic is preceded by CHANGE - in the genome of the causative agent and/or in society. To solve the problem it is far more important to be working together than it is to solve the origin of the virus, a purpose to often preoccupying so many in the CoVID-19 story.

Dr. Gallo will discuss the limits of our memories of past pandemics, lessons from them, but note that sometimes the great scientific differences among some viruses (like HIV and Coronaviruses) thereby precluding drawing too many inferential lessons applicable one to the other.

He will discuss where we stand today in the science of HIV— our advances, limits and new goals, and turn to CoVID-19 — the problems with therapy, the efficacious vaccines but also their limits and the great need for their global distribution. He will conclude with new ideas: the possible relevance of innate immunity and its stimulation by available old vaccines and then the GLOBAL VIRUS NETWORK (GVN): what it is, its purposes, and as a pathway for medical-scientists to contribute to global health equity.

Since 1996 Dr. Robert C. Gallo has been Director of the Institute of Human Virology and the Homer & Martha Gudelsky Distinguished Professor in Medicine at the University of Maryland School of Medicine and Co-Founder and Scientific Advisor of the Global Virus Network (GVN). Previously (for 30 years), he was at the National Cancer Institute (NCI) in Bethesda, MD. While at NCI, he and his co-workers discovered interleukin-2 (Il-2) in 1976. Il-2 was one of the first cytokines (“messenger” molecules that allow cells to communicate and alter one another’s function) and proved to be a major tool for immunology and the discovery of all human retroviruses. Gallo and his colleagues then opened and pioneered the field of human retrovirology with the discovery of the first human retrovirus (HTLV-1) and, along with Japanese investigators, showed it was a cause of a particular form of human leukemia. A year later, he and his group discovered the second known human retrovirus (HTLV-2). Dr. Gallo and his colleagues also co-discovered HIV, the third human retrovirus, and provided the first results to show that HIV was the cause of AIDS. They also developed the life-saving HIV blood test. In 1986 he and his co-workers discovered human herpes virus-6 (HHV-6), the first new herpes virus found in more than 25 years and the cause of Roseola. In 1995 he and his colleagues discovered the first endogenous inhibitors of HIV, namely some of the beta chemokines. This discovery helped in the later discovery of the HIV co-receptor, CCR5, and opened up entirely new approaches to treatment of HIV disease.

Dr. Gallo has been awarded 35 honorary doctorates, is a member of the U.S. National Academy of Sciences and Institute of Medicine (National Academy of Medicine), and is a member of the National Inventors Hall of Fame. He is also the recipient of numerous scientific honors and awards, most notably twice receiving the Lasker Award (1982, 1986), the Gairdner Foundation International Award (Canada, 1987), the Japan Prize in the field of Science and Technology (1988), the Paul Ehrlich and Ludwig Darmstaedter Prize (Germany, 1999), the Principe de Asturias Award (Spain, 2000), and the Dan David Prize (Israel, 2009), and VCANBIO award (China, 2020) among many others. According to the Institute for Scientific Information, Dr. Gallo was the most cited scientist in the world 1980-1990, and he was ranked third in the world for scientific impact for the period 1983-2002. He has published close to 1,300 papers.

UCC Research Support Services (RSS) are pleased to announce that the UCC Research Skills Training Programme for 2021 will launch next week.

This programme is targeted at researchers across all disciplines and at all career levels - the workshops will cover a variety of topics relating to the identification, capture and management of research funding, and also encompass sessions focused on research-relevant policies, impact and the dissemination/exploitation of research outputs.

For 2021, the programme will be delivered through Teams Live Events.

Access: Please join as an attendee via this link

Please note that the UCC RSS Research Skills Training Programme is now listed as a CPD course. You will find more information here. Attendance at 5 of the 12 seminars will entitle the researcher to a certificate of completion​. Attendance will be automatically recorded during the webinar.

Online Training for ALL UCC staff and staff working in UCC subsidiaries* is now open for booking. To book a place on any session log into https://ess.ucc.ie & book available training sessions via the My Training tab. If you experience any difficulty in booking, please refer to our ESS My Training Guides here.

Make it easier to find a programme on ESS (once advertised via email) by inserting the date & remember to scroll through all the pages.

These sessions will be delivered through an online format i.e. Microsoft Teams or Zoom. Further details on the programme signed up for, together with joining instructions and pre-work as relevant will be provided to participants. Please advise should you require any specific accommodations to attend this course online. The following courses are now open for booking.

·  Places for all online programmes are limited.  If you are unable to attend a programme you have booked, please cancel at least 48 hours in advance where possible, so we can offer your place to someone else in good time. To cancel your place, please log on to ESS.

·  If you need to cancel 24 hours or less before a programme, please also contact traininganddevelopment@ucc

·  We reserve the right to cancel a programme if we do not have sufficient bookings or if a facilitator is unavailable at short notice.

Only those who receive a confirmation email will have secured a place on the programme applied for. If a workshop is full when you try to book a place, please check ESS or contact us via e-mail the day before to see if there has been a cancellation and a place may have become available.

A significant number of UCC colleagues have engaged with members of our UCC internal coaching panel in recent months. Our internal coaching panel members hold professional membership with the Association for Coaching, and are available on a confidential basis to any staff member who feels they might benefit from a coaching conversation. Visit our newly updated section on Coaching for more information, including staff feedback on their experiences of coaching in UCC.

If you are interested in finding out more about coaching or think you might benefit from having a confidential coaching conversation and would like to explore this further, please contact coaching@ucc.ie or any member of the UCC internal coaching panel directly.

Session descriptions and dates in this series are available here:  https://www.ucc.ie/en/hr/research/onlinesessionsresearch/

We know that of our researchers and others in UCC are impacted by the range of measures being implemented to help contain the spread of Covid-19.  To this end HR Research has made some of its sessions available through the live interactive training platforms Google Meet and Teams.

To join these sessions please use this google meet link which requires google chrome:

You may wish to consider installing the Nod/Reactions free addin found here:

ALSO AVAILABLE: Recordings from the 2020 sessions!