Three University College Cork academics were among 22 newly elected members of the Royal Irish Academy who signed the members book on Friday 26th May in recognition of their world-class contribution to science and the humanities.

Election to membership of the Royal Irish Academy—which has occurred annually since 1785—is the highest academic honour in Ireland. Those elected are entitled to use the designation ‘MRIA’ after their name. There are now 497 members of the Academy, in disciplines from the sciences, humanities and social sciences. 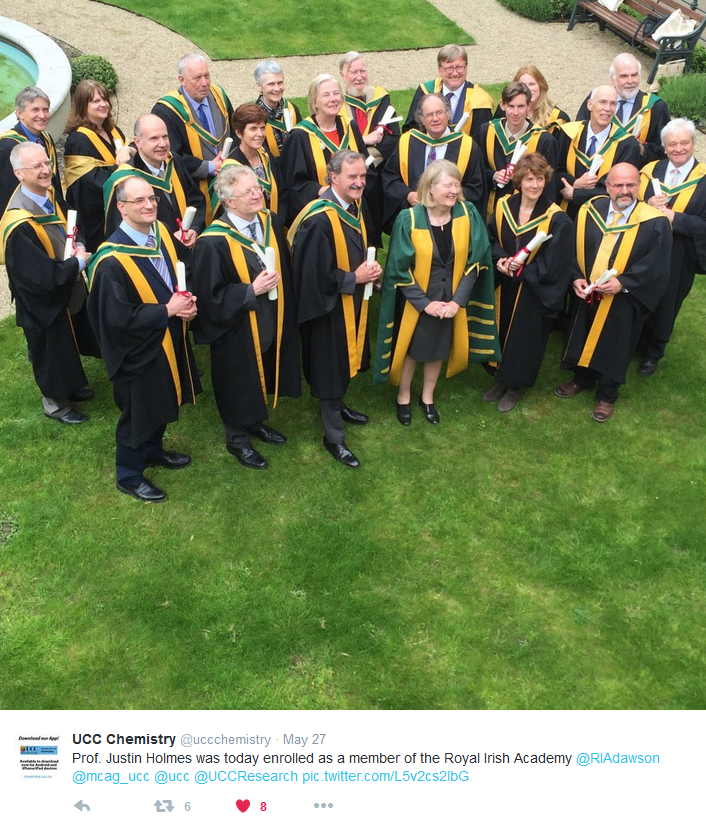