Professor Nabeel Riza, Chair Professor of Electrical and Electronic Engineering at UCC, has been named as the 2019 recipient of the prestigious Edwin H. Land Medal. 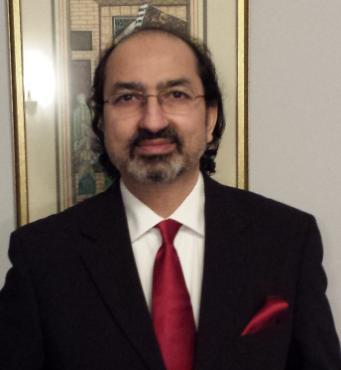 The Optical Society (OSA) and the Society for Imaging Science and Technology named Professor Riza as the Edwin H. Land Medal recipient in recognition for his invention and commercialisation of pioneering macro- and micro-scale imaging techniques across radio frequency and optical wavelengths, as well as the education and mentoring of distinguished scientists and engineers.

The 2019 OSA President, Professor Ursula Gibson described Professor Riza as a "prolific inventor of imaging methodology and a gifted educator,” and said “The Edwin H. Land Medal is proper acknowledgment of his many contributions to the field of applied optics and to the education and development of new generations of researchers and inventors in this field.”

The Edwin H. Land Medal was established in 1992 and recognises pioneering scientific research in creating inventions, technologies and products.