In this experiment students use what is called a "scintillation detector" to detect the gamma rays given off by various radioactive sources. This area where the source is placed in this detector is lead-lined to protect students from the radiation during the experiment. The detector converts the gamma ray to an electrical signal which is then amplified and read by a computer. The image below shows a read-out from a radioactive source. The large peak that can be seen is the gamma ray energy. Students calibrate the detector using sources of known enery and then use this calibration to confirm energy of different sources. This experiment allows students to explore gamma ray radiation as a type of electromagnetic radiation and also teaches students the essentials of radiation safety and how nuclear radiation is present all around us, in very small levels. 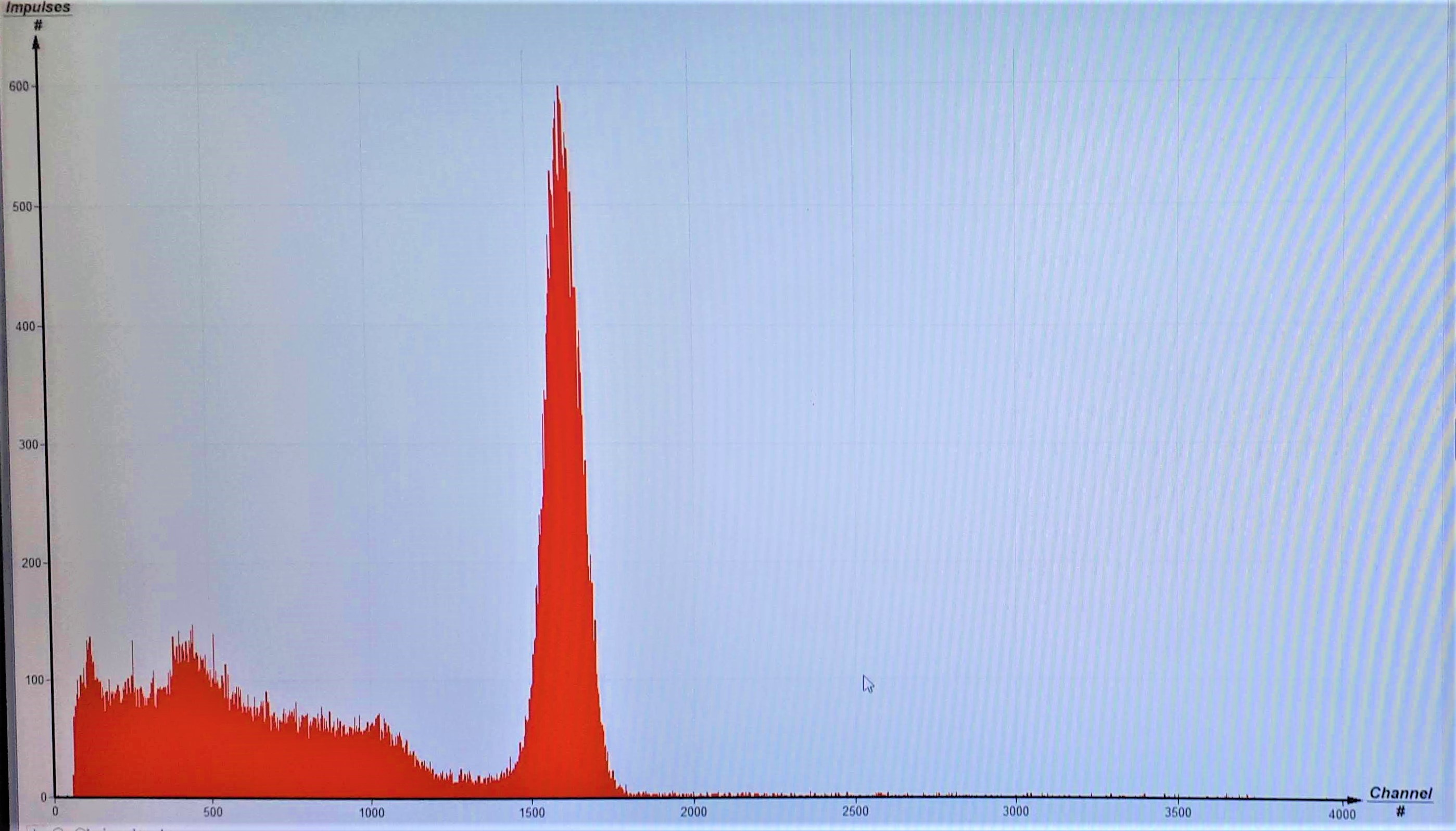 We often take precautions again nuclear radiation in our everyday life without knowning it. When new buildings are constructed the foundation is often lined with material to protect from radon gas, a naturally-occurring radioactive gas produced from the natural radioactive decay of uranium, which is found in all rocks and soils. This gas can get trapped in sealed building so lining the soil under the building can prevent it from entering. Vents are often put in rooms to allow the flow of the fresh air and also the prevantion of build up of radon gas as well. Multiple precautions must also be taken when using radiation in medical settings such as for X-rays and types of therapies such as chemotherapy that use radiation.

By exploring radiation in a safe setting students gain experience and knowledge in understanding nuclear radiation and the safety precautions needed when using it.

If you are interesting in exploring radiation without the risk of radioactive sources try your hand at these online labs / simulations: