Please complete the link if you require access to your scripts.

The 11th European Girls Mathematical Olympiad (EGMO) was held in Eger, Hungary, on 6-12 April 2022, with the participation of teams from 57 countries, including European and guest countries like Australia, Brazil, Canada, India, Japan, Mexico, Syria, USA and many others. The 222 contestants are among the most motivated and talented young female mathematicians in their countries, where they won top places in national selection contests.

This year Ireland was represented by Emily Woolfe (5th year) from Bruce College, Cork; Ayushi Mahajan and Kate Ahern (5th year), both from Christ the King Secondary School, Cork; and Sofia Babic (4th year) from Confey College, Dublin. The leader was Anca Mustata from UCC and the deputy was Pierre Schatz from Université Paris-Saclay, currently a research guest at UCD. The team trained both online and on-site in Western Gateway Building, UCC, clocking together more than 50 hours of challenging and rewarding Mathematics learning and problem-solving. Along with the leaders, the team was also supported with training by Mayya Golytsina, a UCD PhD graduate and native Ukrainian mathematician, by School of Mathematical Sciences lecturer Andrei Mustata and UCC students Laura Cosgrave and Suneet Mahajan. 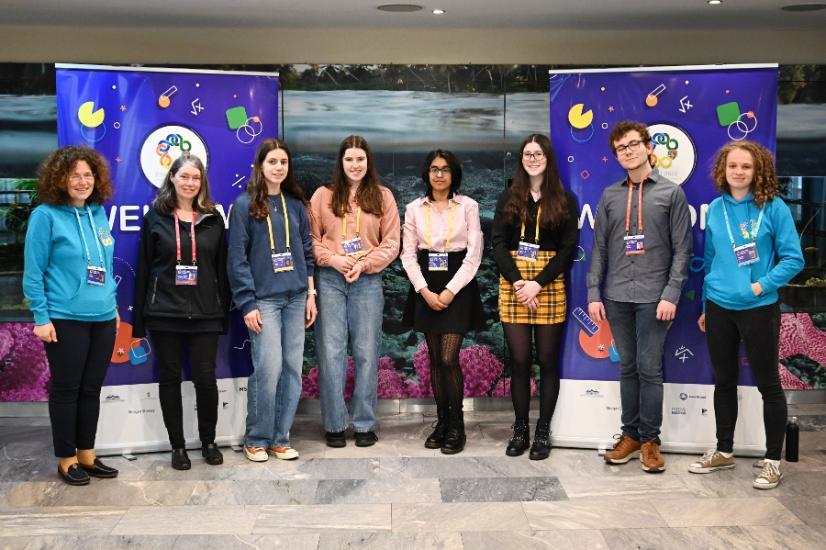 Ireland has a long history participation at the EGMO. It was there from the first edition in Cambridge in 2012. It has worked its way up the rankings, reaching a peak in 2017 when it came ahead of many countries with strong Mathematical traditions such as Japan, Switzerland, Brazil, India, and others. In the 10 years of participation, team Ireland students have won 3 silver, 5 bronze medals and multiple honourable mentions. More importantly, EGMO has engendered new levels of confidence and commitment among our young female mathematicians. For example, the percentage of girls on the Irish team at the International Mathematical Olympiad has risen from the global average of 8% before 2011 to an average of 33% during 2015-2020, and in 4 out of the last 5 years, the team captain (best performer in the Irish Mathematical Olympiad) has been a girl. The team members have gone on to successful degrees and Mathematics careers; others like Laura Cosgrave, who is currently a UCC undergraduate student in Mathematics and a Naughton Foundation scholar, are now helping train the next generation of female mathematicians. 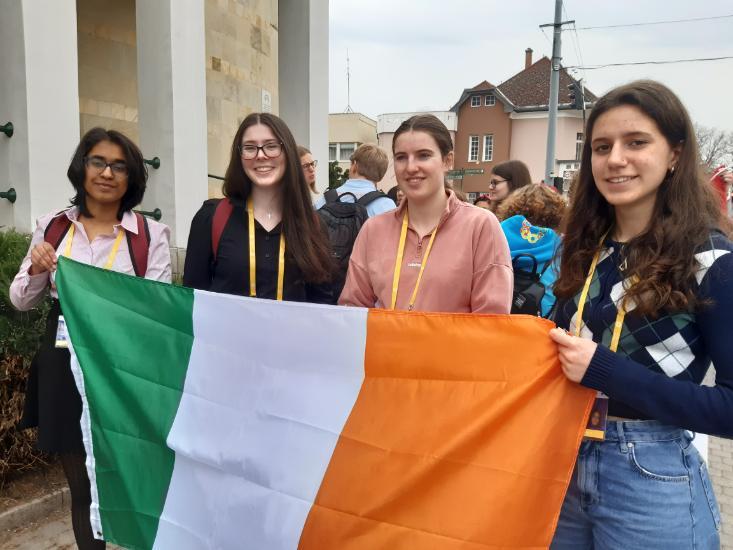 The Covid-19 restriction years were a stark illustration of the importance of the social aspect of Mathematics for female students in particular. Despite a large amount of online training -- the motivation, levels of participation, and performance of female students in Mathematical problem-solving dropped drastically during the past two years. This shows the particular importance of role models and face-to-face interaction in keeping the girls engaged with mathematical activities.

After two years of online competitions, it was thus a delight to be able to participate again in the live EGMO 2022 event. The Hungarian organisers worked hard to prepare an unforgettable experience for all participants. The whole event exceeded our teams’ expectations. In addition to the contest itself – where they managed to double last year’s score -- they took part in lots of team challenges, hiking, sightseeing, singing and dancing, and made friends from around the word.

It was heart-warming to see the friendship and support for team Ukraine. 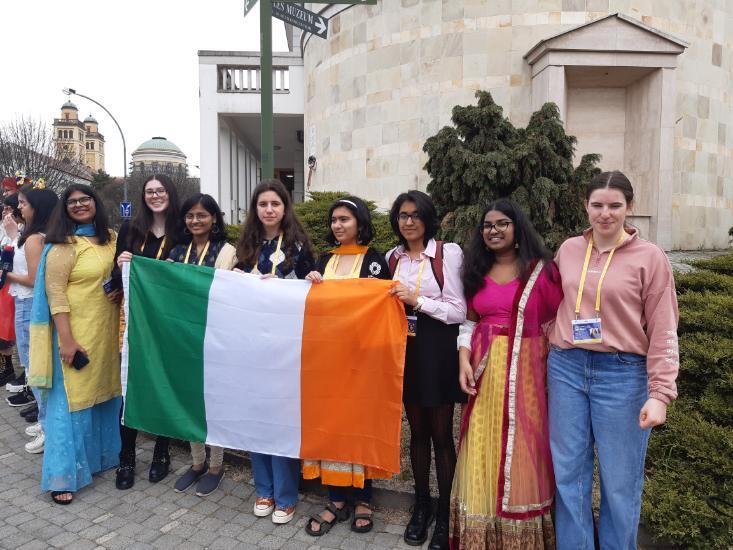 This year our team members had a special affinity and enjoyed spending time with the Indian team.

The social interactions and friendships built this way act as a very strong motivator for the participants, who can feel that they are part of a like-minded community, a support network to help them aim high and continue improving their mathematical skills.

We are very grateful to the School of Mathematical Sciences UCC for support during the training of the team.