Please complete the link if you require access to your scripts.

The book explains many recent results on the asymptotics of slow integral manifolds and describes a series of illustrative physical examples interspersed with the underlying theory.  There have been many books devoted to singular perturbations, but few in which singular perturbations are combined with integral manifolds and many of these are in Russian.

In 2017, Dr. Mortell with his colleague B.R. Seymour from the University of British Columbia published Nonlinear Waves in Bounded Media with the publishing company World Scientific.  There have been many books in recent times dealing with nonlinear waves, but none has addressed the question of what happens when there are multiple reflections from the end boundaries, as in a closed tube.  Various results are scattered in the research literature over the past 50 years – much of it by these authors.

This book prepares a postgraduate student to read the literature by introducing the relevant concepts and mathematics from the linear and nonlinear theory of wave propagation.  There is special emphasis on resonant oscillations of a gas in a tube and fluid in a tank that may or may not contain shocks, and on nonlinear standing waves. 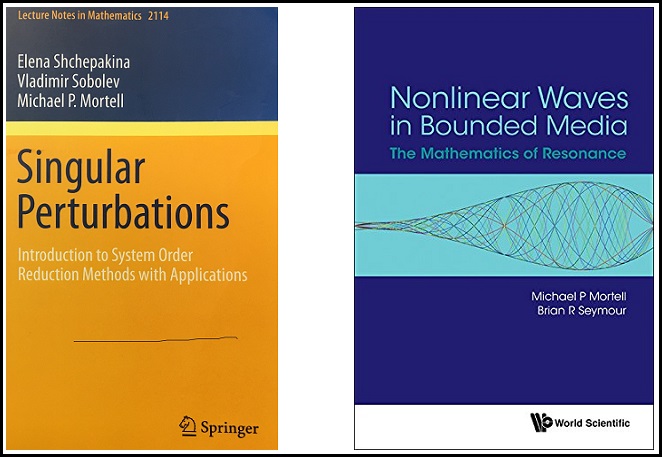 Michael Mortell – usually known as Mick – obtained his Ph.D. in Applied Mathematics at Caltech in Pasadena, California, and after five years as an academic in the USA spent the rest of his working life at UCC.  He joined the Department of Mathematical Physics, became Registrar and finally President of UCC (1989-1999).  He held a personal Chair in Applied Mathematics until he “retired” formally in 2006.