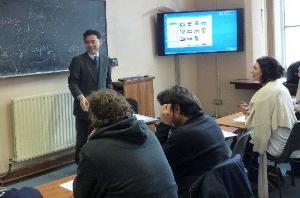 It was our pleasure to receive, on 8 March, 2012, Professor Hideki KUWAJIMA (Associate Professor of Aesthetics and Philosophy, Hiroshima University), who delivered a lecture on the landscape aesthetics of the sacred island Miyajima, drawing on the Western aesthetical resources of the sublime, grace, and the picturesque. The lecture was well attended, attracting an audience of teaching and research staff, graduate students and visitors from the community. 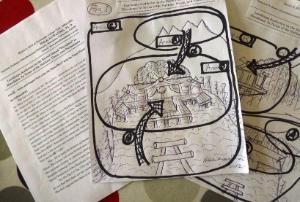 Professor Kuwajima’s paper engaged the landscape of the island Miyajima, located near Hiroshima, by dividing it into three distinct areas: 1) The rocky and rugged peak of Mount Misen and the Virgin Forest, which he discussed in relation to the sublime, defined as a representation of the beyond-conception or beyond-perception of ourselves, applied to the misty seat of the Gods atop Mount Misen; 2) The floating “Itsukushima-jinja” shrine and the theatrical stages, discussed in relation to grace; and 3) The whole scenery of the mountain, the cove, and the shrine with the large red shrine gate “Oh-Torii”, discussed in relation to the picturesque.
Previous Article
Back to Current/Recent Events