The Green Campus team believe that the benefits of travelling by E-Bike are so significant that in June 2020 we invested in a fleet of 3 E-Bikes (Raleigh Motus) and gave the UCC staff community the chance to see for themselves. Building on from a successful pilot in 2019, and with the support of our friends at The Bike Shed, who serviced and maintained our E-Bike fleet throughout, UCC staff got the opportunity to trial an E-Bike.

Since then our UCC E-Bikes have covered a distance of over 4,300km, which in lay man’s terms is the equivalent of ten trips from Malin to Mizen. Questions about battery life, E-Bike performance on hills and investment cost versus return were answered.  Nearly 10% of trialists have invested in their own E-bike through the Government “Bike to Work Scheme” administered through UCC. With the opening of the University campus and the return to the office for many staff we’re confident that E-Bikes will become more prevalent for commuting and we would like to continue to do all we can to support this.

According to UCC staff here are the top 5 benefits of E-Biking (in descending order):

And here’s some of the feedback we received:

But it wasn’t all bells & whistles. We also learned that E-Bikes are more suited for use from the point of origin to final destination, because there’s no avoiding the fact that they’re heavy, heavier than regular bikes but that’s understandable when you consider the weight of the frame, battery, motor etc. Transportation on a regular bike rack isn’t an option either for this reason.

So the learnings have been great but something we must not forget is that as well as the obvious practical and environmental benefits, riding an E-Bike is a lot of fun. No more toiling up hills or waiting for your speed to pick up and no more big red cheeks when you reach your destination……that is unless of course you want them!!! 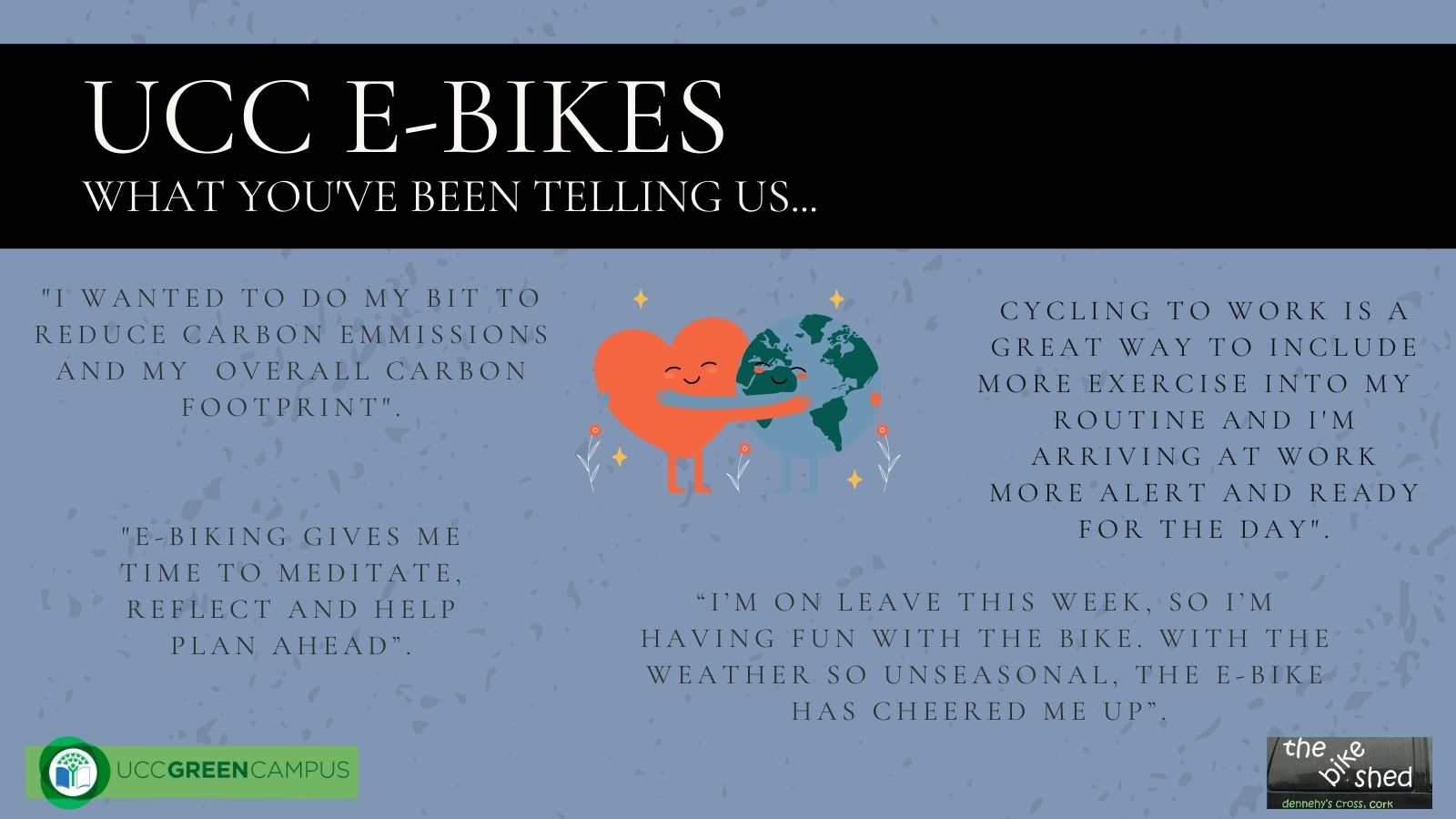