Máire is a multi-award winning singer and she performs regularly both nationally and internationally. Máire’s singing can be heard on the CD Guth ar Fán.

One of Ireland’s most respected sean-nós singers, Máire has been teaching sean-nós singing at the Music Department of UCC since 2012. She is renowned for her teaching abilities and her classes are extremely popular with both Irish and international undergraduates and postgraduates.

Máire grew up in Farann but she inherited her love of singing from her family, who came from the Kilnamartyra area of the Múscraí Gaeltacht. Máire has also been teaching on the Aisling Gheal scheme since its inception in 2000, a scheme set up to promote the songs and singing of the Múscraí Gaeltacht. Its focus is on passing on the songs in Irish to the school children of the area and local singers are employed to teach. Through this scheme, Máire has been instrumental in fostering and nurturing the next generation of sean-nós singers in this important heartland of Irish traditional song. 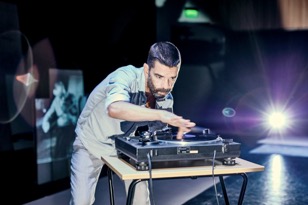 Colin created the show Concert in collaboration with director Sinéad Rushe, sound designer/composer Mel Mercier and video artist Jeffrey Weeter (UCC Music Department). Colin sourced archival footage and recordings in UCC’s extensive Traditional Archive; the material was originally collected by Mícheál Ó Súilleabháin in the 1980s, while he held the lectureship at UCC formerly held by Seán Ó Riada. Dr. Weeter worked on the archival video recordings of Potts over a nine-month period to create the backdrop for the piece.

In this solo show, Colin explores and confronts the music of the highly imaginative, deeply expressive and non-conforming fiddle playing of Tommy Potts (1912-1988) on his iconic recording ‘The Liffey Banks’. The show was premiered at Centre National De La Danse in Paris in March 2017 and received a five-star review from the Irish Times.