On Friday the 18th of January, over 250 representatives from the food-related research, education and business world attended the launch of the new UCC Food Institute

Speaking at the event, Minister for Agriculture, Food and Marine, Michael Creed said, “The establishment of the Food Institute in UCC will see a new unifying identify for UCC food and will enable all stakeholders to engage seamlessly with food research and education in Ireland.” 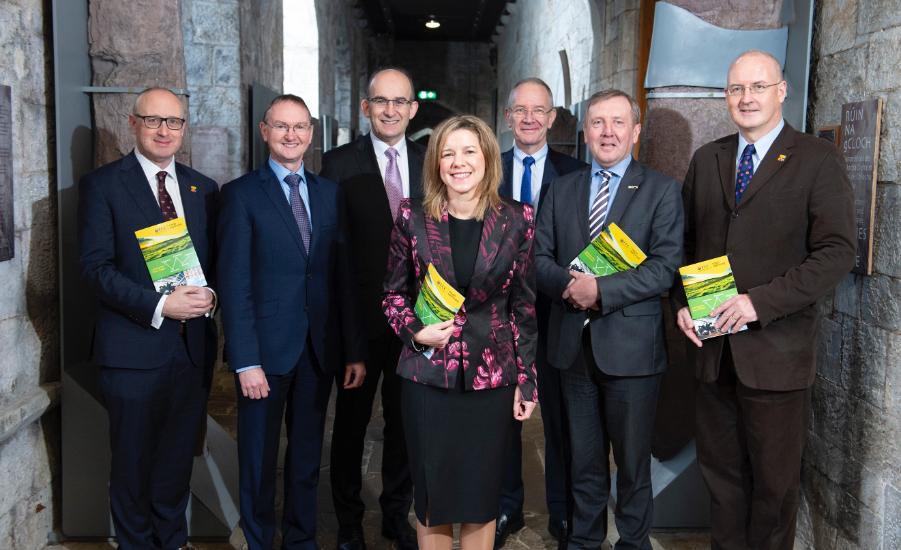 The Food Institute will bring top tier researchers, educators and industry representatives together in a dynamic, cross-disciplinary research environment, with a strong industry focus on delivering innovative science and technologies. Jim Corbett, Director of the Food Institute UCC also said, “The Food Institute UCC is an exciting development which will make a strategic contribution to regional and national food industry development, innovation and success, and which builds upon the strong UCC food legacy,”

UCC, which also recently celebrated its 90th anniversary of food-related education, represents the biggest concentration of food-related resources in the State, and the launch of the newly formed Food Institute UCC illustrates a further strengthening of the University’s commitment to the Irish food and agri-food sectors.