On 29 April 2021, the government made an announcement to a commitment of a significant increase in on-site further education and training, higher education and research from the beginning of this academic year 2021/2022.

Information on Teaching and Timetables for Semester 1 Academic Year 2021/22 in the College of Business and Law as well as Programme/Year Module Timetables are loaded onto CANVAS.   Please note timetables are available on CANVAS only, MyTimetable is not being used this year. Please continue to consult CANVAS for timetable updates over the next few weeks as some necessary changes may be made because of room capacity requirements or timetable clashes.

Head, College of Business and Law 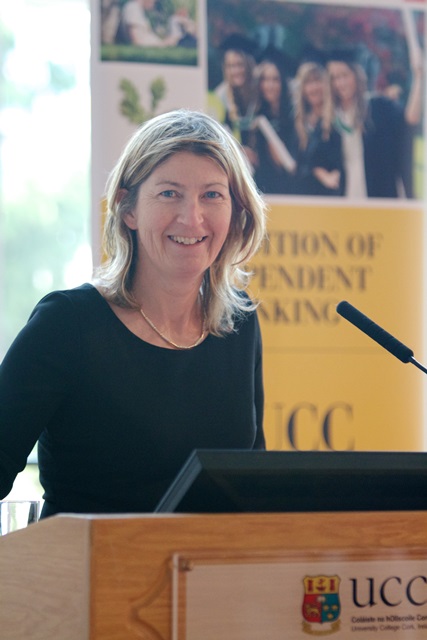 Ursula Kilkelly (BA, LLM, PhD) was appointed Head of the College of Business and Law in April 2018, having served in the role on an interim basis since 2013. Ursula is a professor of law and Dean of the Law School, a position she has held since April 2012. As Head of College, Ursula has responsibility for all academic, financial and governance matters in the College, including in its two Schools – the School of Law and Cork University Business School – established in 2014. She also has responsibility for the integration of the Irish Management Institute, acquired by UCC in 2016, into the University.

As a professor of law, Ursula continues to be an active researcher and teacher. She publishes her work on international children’s rights in monographs, prestigious edited collections and peer reviewed journals, and she has generated nearly €1 million in research funds through competitive and invited tenders. She is co-editor of Youth Justice: An International Journal and she teaches Children’s Rights and Juvenile Justice on the LLM in Children’s Rights and Family Law.  In the new Centre for Children’s Rights and Family Law, Ursula directs the Child Law Clinic. Ursula was appointed chairperson of the Board of Management of Oberstown Children Detention Campus by the Minister for Children and Youth Affairs in 2016 and she was appointed to the Irish Research Council in 2017.