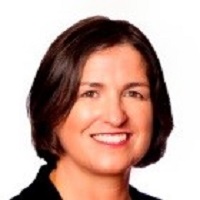 Oonagh Buckley is a graduate of UCC Law School (BCL, 1992).  She subsequently went on to study in the Central and Eastern European Programme of the College of Europe (Bruges and Poland, 1993) and in 1994 obtained a Masters in Law (Comparative) in the University of London (King’s College).  She was called to the Bar in 1996.  She is currently studying for a Masters in Management at University College Dublin (Smurfit School).

During her career in the Civil Service, Oonagh Buckley has worked in a number of Government Departments on key policies, including foreign affairs, environment, wildlife protection and public sector human resource and pay and pension policy. She has been the lead official on important and innovative legislative initiatives, with far reaching impacts on, among other things, the development planning system, the provision of housing and key infrastructure, the protection of the built and natural heritage, and on the constitutional right to property.  Those include:

The Financial Emergency Measures in the Public Interest Acts 2009 – 2013.

In 2009 she was appointed to lead the team in the Department of Finance/Public Expenditure and Reform that managed the public sector pay and pension bill during and after the economic crisis, including the discussions with the trade unions and the Troika on public service pay and pension matters.  She represented the Government in reaching the comprehensive industrial relations agreements (Croke Park, Haddington Road, Lansdowne Road) that underpinned both the substantial savings achieved in spending on public pay over that period and the delivery of the far-reaching public sector reform initiatives of recent years.

In July 2016, Oonagh Buckley was appointed Director General of the Workplace Relations Commission, which handles all aspects of individual and group disputes in the workplace and workplace inspections, as well as dealing with claims of discrimination both in employment and the delivery of services.