The Professor Art Champlin Gold medal award for academic excellence in Biochemistry, was presented to Fergus Collins on  28th October 2014 by Professor David Sheehan of this School.

Fergus had a paper published from his final year project:

He investigated the effect of a prolyl hydroxylase inhibitor on the bioeneregetics and viability of HCT116 cells under normal and substrate limiting conditions for his final year project conducted under the supervision of Professor Dmitri Papkovsky, School of Biochemistry and Cell Biology.

Fergus graduated as the top student with a first class honours degree in Biochemistry and has commenced a PhD at Teagasc, Moorepark under the supervision of Professor Paul Ross, Head of SEFS.

Fergus has been an outstanding student and is also the recipient of the Eil Lilly undergraduate award for academic excellence in Biochemistry in 2013 and 2014. In 2013, Fergus was also awarded a UCC Academic Scholarship and a Health Research Board Summer fellowship, which enabled Fergus to conduct research with Dr Ken Nally, School of Biochemistry and Cell Biology, analysing the expression and function of the Type 1 Interferon pathway in irritable bowel syndrome. 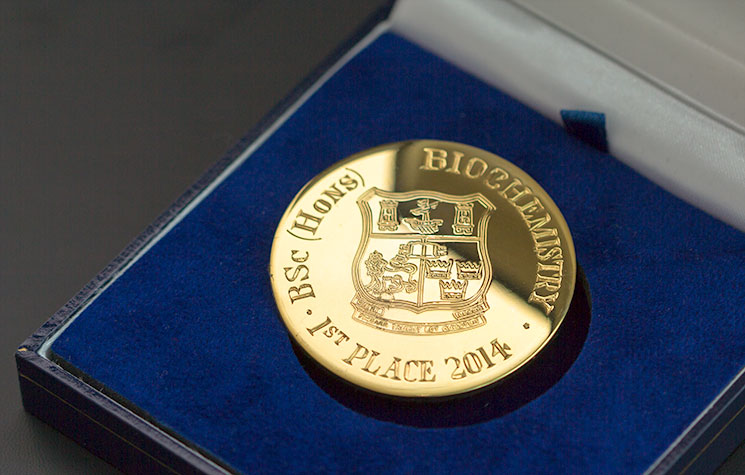