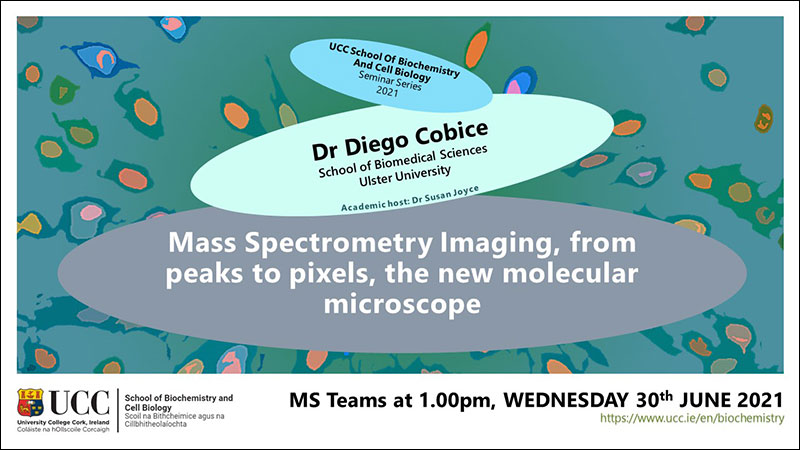 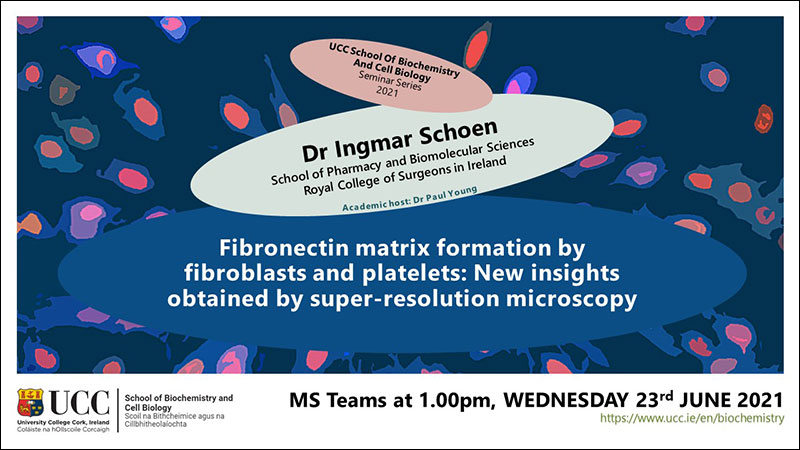 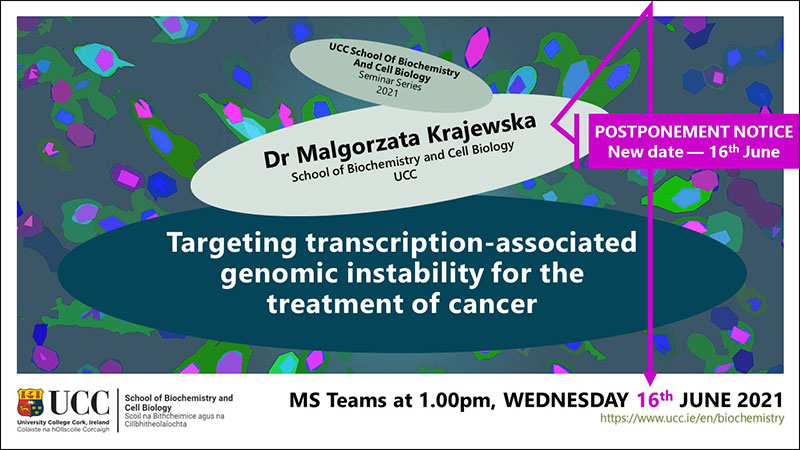 Targeting transcription-associated genomic instability for the treatment of cancer 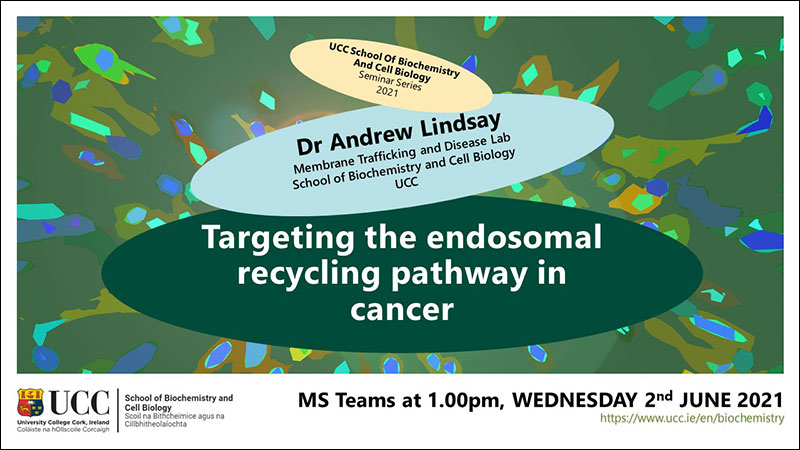 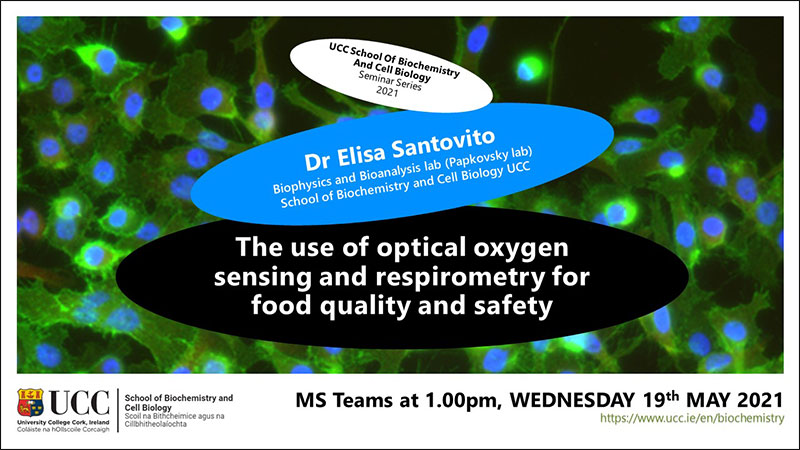 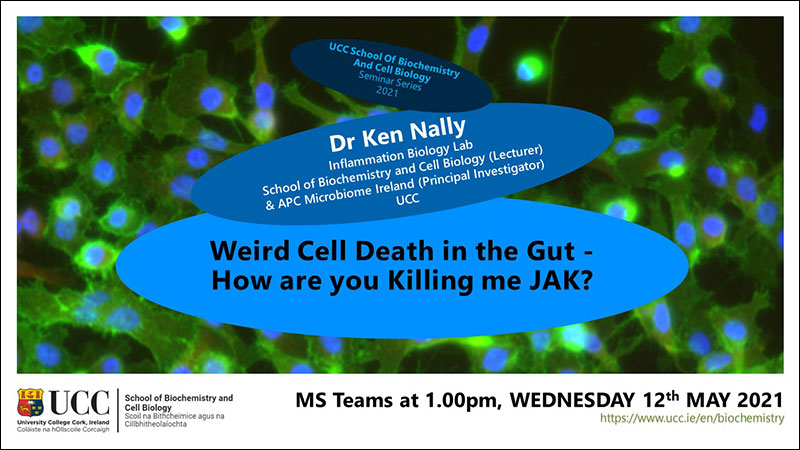 Weird Cell Death in the Gut - How are you Killing me JAK? 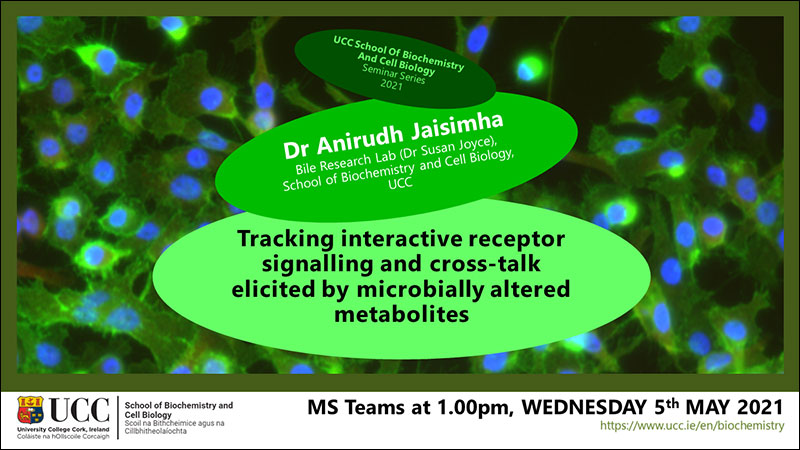 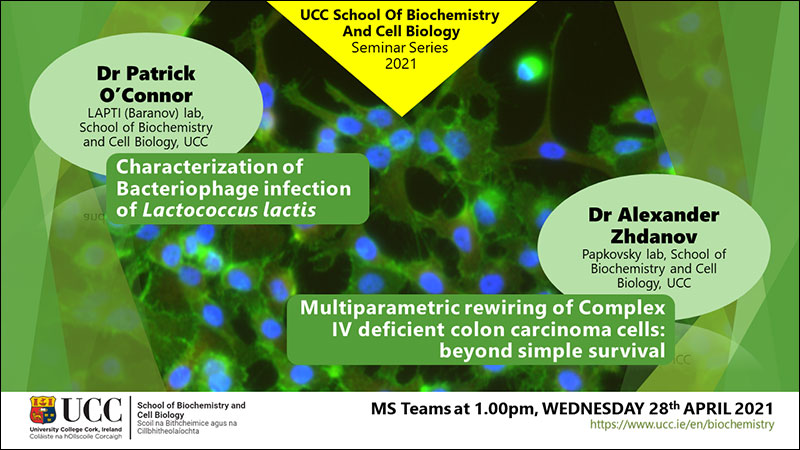 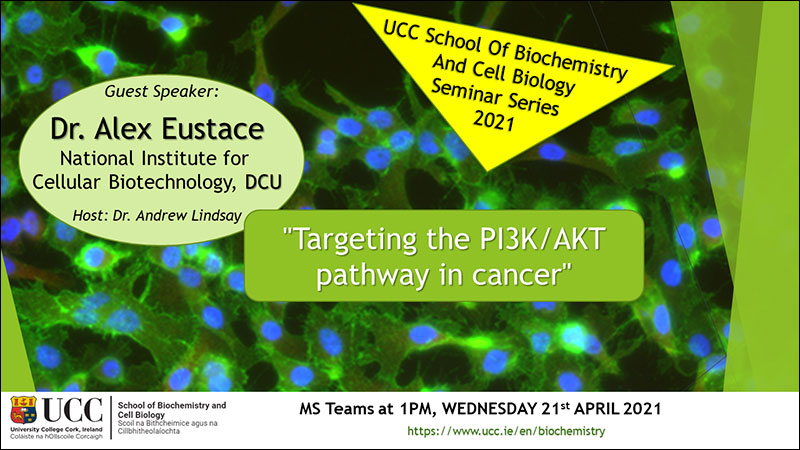 Targeting the PI3K/AKT pathway in cancer 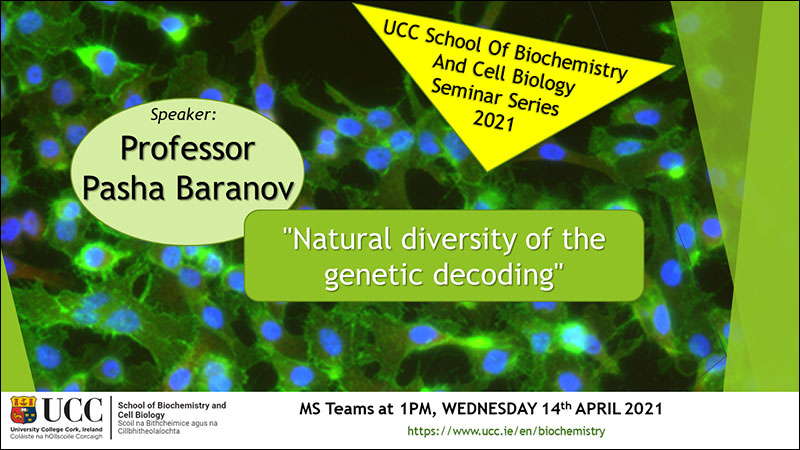 Natural diversity of the genetic decoding 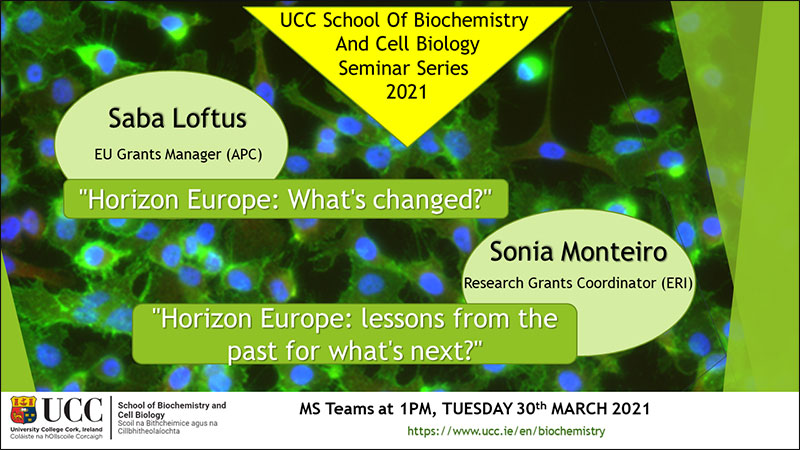 Horizon Europe: Lessons from the past for what's next? 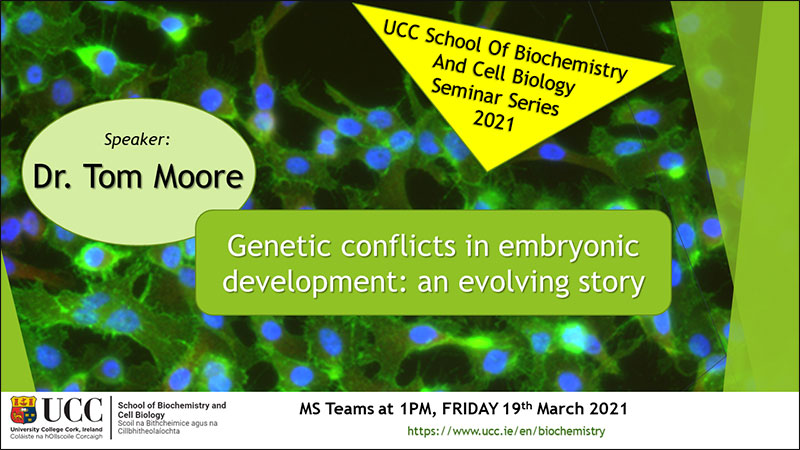 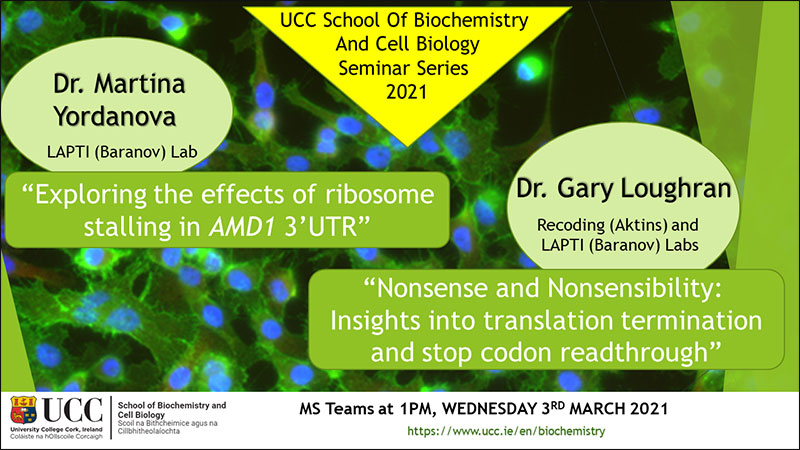 Exploring the effects of ribosome stalling in AMD1 3’UTR

Vaccinations through the ages from Small Pox to SARS CoV2 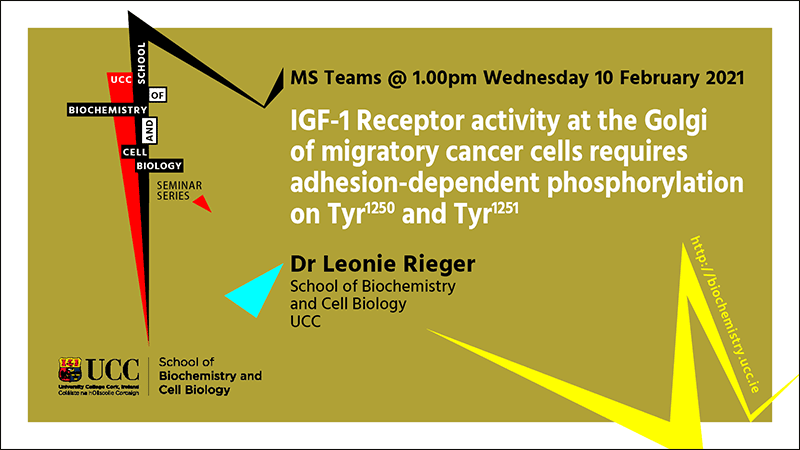 Getting a grip:  Exploiting proteins involved in host-cell attachment as vaccine antigens for bacterial pathogens

Dynamics and heterogeneity of mRNA translation

Roles of Polyamines in Translation (too much of a good thing)

From cap to start codon: insights gleamed from the EIF4E3 and 53BPI genes

A Gene Editing approach to develop novel therapeutics for Hemoglobinopathies

Getting out the Golgi complex thanks to the RAB6 GTPase

The regulation of protein complexes in breast cancer

Neuronal network dysfunction in a murine model of tauopathy-associated dementia

How to squeeze the most out of a genetic code

The blurred boundary between coding and non-coding RNAs

PLEASE NOTE: This seminar is part of the British Biophysical Society lecture tour

Phenotypes–Patents–Patients: Unbiased discovery of targets and drugs for cancer and blindness

Breaking Bad: The role of macrophages in retinal degeneration and neuroprotection

Norgestrel and Nrf2 in neuroprotection

The primary cilium: a paradigm for signal transduction regulation via membrane diffusion barriers

The maternal fetal interface: presenting the human placenta as a high-yield research environment

Cytostatic or cytotoxic effects from targeting mRNA translation in cancer

In vivo role of mediator of ErbB2-driven cell motility (MEMO)

Redox sensing by IRE1 governs activation of the antioxidant response

The microbiota and environmental factors in intestinal inflammation

Towards quantitative and multiparametric live cell imaging with fluorescent proteins

Vascular disease and stem cell behaviour - patching it all together

Sensing and imaging of cell and tissue oxygenation by means of phosphorescent probes: new tools for hypoxia research

Signalling by protein tyrosine phosphatases in health and disease

The actinin family of actin cross-linking proteins: new perspectives on their non-muscle functions and potential applications as building blocks for synthetic protein nanostructures

Mechanisms of protein evolution and innovation in animals: birds, bears and beyond!

Can mitochrondrial death be predicted?

Plastic antibodies for in vivo and diagnostic applications

Mining the neurobiology of synaptic plasticity to develop new neurotherapeutics

Quality Control at the ER - for better, for worse, in sickness and in health

Beyond GWAS - genetic insights into physiology and diseases

Redox Proteomics as a readout for nanoparticle toxicity in aquatic organisms

The World's Oceans: Responses of echinoderm development to warming and acidification and analysis of the effects of multiple stressors on marine embryos and larvae

The Insulin-IGF System: at the nexus of lifespan and diseases of ageing: cancer and Alheimer's Disease

Ribosome Profiling: The Dawn of Translatomics

Lysosomal flux: Taking the trash out of neurodegenerative diseases

Too much of a good thing: How immune effector signalling pathways contribute to anti-viral defence, tumour suppression and immunopathology

The therapeutic role of cannabinoids in Multiple Sclerosis: A new story toll'd

The role of novel IL-1 family members in autoimmune disease

EGFR and HER2: At last, cancer therapy meets systems biology

Looking at big data in cancer biology: Make it simpler

Redox pathways: From yeast to aging and exercise

Strategies to overcome resistance to HER2 targeted therapies in breast cancer

The biology of lithium: not just any old ion

Multivesicular endosomes and their contacts with the endoplasmic reticulum

The busy genome: Mechanistic diversity and impact of transposable elements in bacteria

Next generation animal breeding: gaps in knowledge and expertise

Cell and molecular mechanisms of epilepsy

Towards Google Maps of gene expression

Fishing for proteins: Strategies for finding oxidatively damaged proteins in the proteome

Transcriptional and epigenetic control of the hepatic inflammation fibrosis-cancer axis

Regulation of cancer cell proliferation and cell survival by NF-kB

Oxygen sensing and adaptive responses to hypoxia in plants

The biochemistry of the placebo effect

The Regulation of NF-kappaB

Stalled ribosomes – the end of the road……. or not

The origin of the tRNA molecule

From the metabolome to the ancient proteome: a post-genomic journey through time

From Neurodevelopment to Neurodegeneration:  The role of the neurotrophic factor, Growth Differentiation Factor-5 in the promotion of neuronal survival and growth and its relevance to Parkinson’s disease

RNA Editing and the Evolution and Engineering of Animal Behavior

The role of microRNAs in tumor progression

Molecular choreography in the human platelet: a central role for integrins

IGF and Cancer in Mouse Models

Interpreting the Malignant Genome and its consequences; implications for the diagnosis and treatment of cancer

The giant protein titin as a mechanosensor in muscle

PML nuclear bodies and the regulation of NF-kappaB

The role of prolyl hydroxylases in metabolism and cancer

Role of DNA polymerase eta, and PIK kinase signalling, in the response of human cells to cisplatin-induced DNA damage

Identification and characterisation of Ryanodine Receptor Mutations in Malignant Hyperthermia

Compartmentalisation of cAMP signalling by intracellular targeting of phosphodiesterases

A stroll across the bio/electronic interface

Nuclear Regulation of the Nuclear Factor-kappaB

Molecular basis of insulin signalling: from the bench to the bedside

Mass spectrometry imaging of (neuro) peptides at Delft University of Technology: Towards using the mass spectrometer as a (bio) molecular microscope

From calcium signaling to mitochondrial functions

The retinal response to injury: lessons for neuroprotection

The Alzheimer protein: insights into how Abeta mediates disease

The nucleosome is not a tuna can: the dynamics of chromatin structure

p63, regulator of stem cells in cancer and aging

Assembly of Centromeres on Human Chromosomes

CASTing Light on Pol I Transcription