Two UCC Schools in the College of Medicine & Health have earned Athena SWAN awards. AdvanceHE announced today the conferring of the awards on the School of Nursing & Midwifery and the Dental School & Hospital. The announcement follows news earlier this year of the conferring of an award on the School of Public Health, bringing to eight the number of School-level awards in UCC.

Interim President Prof. John O’Halloran (Chair of UCC’s Athena SWAN Steering Group) congratulated Dr. Cristiane da Mata and Dr. Aine Horgan, team leads in the Dental School & Hospital and School of Nursing & Midwifery, respectively, noting that: "Athena SWAN is a critical part of our strategic vision for UCC, particularly now as we confront the challenges of the global pandemic.  Creating inclusive work and learning environments will be key to  cultivating the talent and potential of our staff and students, so that we can rise to meet the challenges of this historic moment. I congratulate the Heads of Schools and their teams for their leadership and for their hard work and commitment, which has been recognised today in these awards."  The Schools of Nursing & Midwifery and the Dental School & Hospital are now implementing gender equality action plans, aimed at improving workplace practices to benefit everyone. The Schools were supported in developing their action plans by the Athena SWAN team, who form part of UCC’s Equality, Diversity and Inclusion (EDI) Unit.

Four further School-level applications are planned for the forthcoming submission round (November 2020) and applications from all UCC Schools are planned over the next 3 year, including 3 at Silver level. UCC UCC plans to apply for Silver institutional accreditation in 2023.

The award success was announced by the UK-based Advance HE. 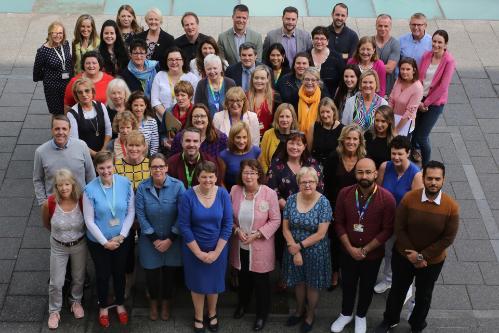 Staff of the School of Nursing & Midwifery