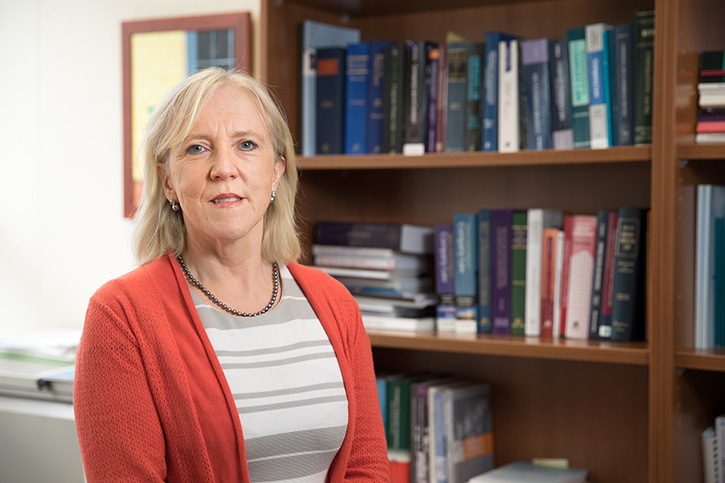 What first attracted you to your academic discipline?

I come from a family of lawyers and so by the time I was about 16 I was really sure I wanted to be a lawyer - even though my father (who had practised as a Solicitor in a government agency all his life) was against it at the time!  I still enjoy being a lawyer immensely and being an academic has allowed me to consider law and legal rules in a broader context, in particular as an expression of policital theory, and economic and political policy.

How were you drawn to your current research interests?

What professional achievements do you consider particularly rewarding?

I am very proud that I have published books and articles in both the areas of corporate law theory and corporate insolvency and rescue.  My corporate insolvency work has been cited many times in the High Court and Supreme Court and I have an international reputation in both areas of research.  I enjoy being invited to participate at conferences and giving lectures in my field.  I also enjoy teaching very much.  UCC students are UCC's best assets.  I also enjoy participating on government bodies, such as the Company Law Review Group, which is my most recent appointment.  It is great to have the opportunity to contribute to law reform in this way.

Have you had professional role models? What impact did they have on you?

My professional role models in terms of balancing work and family life are my mother and my sister who both emphasised the importance of having reliable and structured childcare and any other domestic help available.  Both of them emphasised that this investment in terms of cost was a family investment and was important for the future development of your career.  In terms of lawyers, my role models are retired Supreme Court Judge Mary Laffoy, who is quietly and charmingly brilliant, and my co-author Jane Marshall of McCann Fitzgerald Solicitors, who is dedicated, hard-working and a profoundly professional woman, in additional to being extremely proud of her family.  In terms of academic lawyers, Professor Sarah Worthington Honorary Q.C. of Cambridge University School of Law is also someone whom I admire enormously.

What aspects of your work do you find most rewarding?

Any details you wish to share about how being female has impacted upon your career (positively or negatively)?

In UCC, there have been some colleagues, both male and female, who were definitely hostile to maternity leave - a nuisance as far as they were concerned.  I have personally been told I could teach on Saturdays during maternity leave (my husband would be at home then to mind the baby, I was told), that I could grade exams at home while on maternity leave (which I felt forced to do and did) and that I could run a Law School on maternity leave (again which I did).  All back in the dark ages of the 1990s and aughts,  but nevertheless a source of considerable stress and ultimately some ill health.  Even though this is a long time ago for me, as my children are grown up now, I would be most anxious that women and men at UCC would not experience any negativity of this kind or indeed any disadvantage from the need to take maternity/parental leave, which obvously is only a relatively short period in a full working career.  I do think there is an unconscious bias against women in many aspects of their careers, which is why I took such an interest in GENOVATE at UCC.  Despite this, I have had a really great career, both academically and in management.

On a positive note, I have had amazing moral support from my colleagues in the School of Law and UCC and have enjoyed a great deal of camaraderie and professional support, which makes it a great place to work.

I also feel that colleagues generally find it easier to confide in female colleagues and so that has been an advantage in terms of sharing information informally and confidentially which is very important, particularly at management level.  I experienced a great deal of trust and support in that way from senior colleagues, particularly when I was Head of College of Business and Law.

Academic careers present specific challenges in achieving balance, whether between research, teaching and administration, or in work/life balance. What advice might you give a student/younger colleague/your 18-year old self?

To younger colleagues male and female, academic life requires extraordinary self-discipline so do not fall into the trap of thinking your work is in any way part-time...just keep working hard at what you want to do.