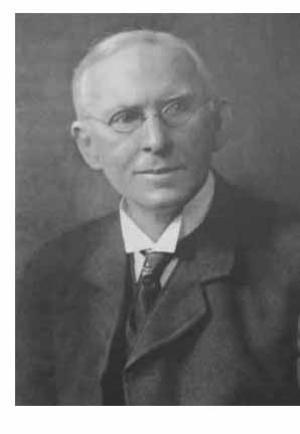 Bertrand Windle was the son of Rev. S.A Windle, BD (Vicar of Market Rasen, Linconshire) and Katherine Sydney, daughter of Admiral Sir Josiah Coghill, Bart., of Co Cork. He was born in 1858 at Mayfield Vicarage.  He was educated in Dublin and Repton, Derbyshire and attended Trinity College Dublin where he graduated BA (1879) and MB MCh (1881). Later he obtained the degrees of MA, MD, PhD, LLD, and DSc and became a Fellow of the Royal Society.

After graduation Windle lectured Botany at Queen’s College Dublin, and demonstrated Anatomy at the Royal College of Surgeons in Ireland. In 1882 he was appointed Pathologist to Birmingham General Hospital, becoming a Catholic the same year.  At Birmingham he was credited with making numerous improvements in the teaching of Anatomy and wrote a history of the Medical School. In 1900 he became Professor of Anatomy and Dean of the Faculty of Medicine.  He was also Professor of Anatomy to the Birmingham Royal Society of Artists. He was an Examiner in Anatomy to the Universities of Cambridge, Aberdeen, Glasgow, and Durham, and to the Royal College of Physicians, London and to the Royal College of Surgeons in Ireland.  A Member of the General Medical Council, and twice Vice-President of the Anatomical Society of Great Britain and Ireland.

He was appointed fifth President of Queen’s College Cork in 1904. As President of Queen’s College Cork he presided over its transformation to UCC in 1908-1909.  Under his presidency student numbers expanded considerably and new departments and courses were instituted. The Dental School was begun, a Physics and Chemistry building was opened, and new facilities including Athletic Grounds at the Mardyke.

In 1907 on the resignation of Professor Charles, Dr Windle separated Anatomy and Physiology, and took the Chair of Anatomy himself, he resigned from this position two years later and became Professor of Archaeology for the next five years.

In 1919 he resigned from the Presidency and went to Canada, where he  pursued a further career as Professor of Anthropology at St Michaels College Toronto, and later Professor of Ethnology to the University of Toronto.

Bertrand Windle wrote profusely on comparative anatomy especially mycology teratology, archaeology religion, and many other subjects.  He died In 1929 aged 71 1.