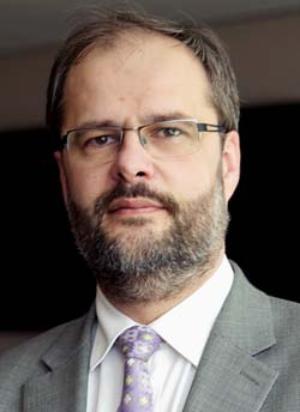 Professor Greene graduated from Charing Cross & Westminster Medical School, London as a doctor (with distinction in Clinical Pharmacology & Therapeutics) in 1991. He had previously obtained BSc (First Class) and PhD degrees from the same institution in 1986 and 1989 respectively.

After junior hospital posts in medicine, surgery and psychiatry, he moved to the University of Oxford firstly as a Wellcome Trust Mental Health Research Training Fellow and then as Medical Research Council Career Development Fellow.

He was appointed to a Lectureship at the University of Sheffield in 1998 and a Senior Lectureship at the University of Bristol in 2001. At Bristol he was part of the MRC Centre for Synaptic Plasticity, Designated Individual under the Human Tissue Act, and founding co -director of the Applied and Integrated Medical Sciences Centre – a Centre for Excellence in Teaching and Learning, where his focus was on developing new facilities for the teaching clinical anatomy and surgical skills.

He graduated with an MBA from the University of Bath in 2006 having completed a research project entitled Income from Enterprise: A study of entrepreneurship in the English higher education sector.

In 2008 he was appointed Professor in Anatomy and Head of Department at University College Cork and Visiting Professor at the University of Bristol.

He moved to the University of Bradford in 2010 as Dean of the School of Life Sciences where, in addition to a wide range of school and University roles, he continues to develop innovative approaches to the use of medical simulations and the teaching of human neuroanatomy. He is an external examiner at various institutions, a member of the Court of Examiners of the Royal College of Surgeons of England and a Fellow of the Higher Education Academy.