On Friday 5th January 2018, a Memorial Seminar in Organic Chemistry was held in UCC in honour of Prof MA McKervey who passed away unexpectedly in June 2017.

Tony studied at Queen’s University Belfast (QUB), obtaining his PhD in 1964, undertook postdoctoral research at and led a very successful academic career at QUB (1966 -1976) UCC (1976 - 1990) then returned to QUB in 1990. Having established QUCHEM Ltd, which was acquired by Almac he moved to a role in industry in 1998.  Tony’s research resulted in 234 publications with particular impact in organic synthesis, a-diazocarbonyl chemistry and calixarenes.

Speakers at the event included Prof Mike Doyle, University of Texas at San Antonio, Prof Derek Boyd, Queen’s University of Belfast, Prof Anita Maguire, University College Cork, Dr Stephen Barr and Dr Hugues Miel, Almac Sciences, reflecting Tony’s career in research in both academic and industrial environments, and his legacy in terms of research outputs and the many researchers from his team. The event was attended by over 80 people including former PhD students, postdoctoral researchers, colleagues and friends in addition to family members, and was sponsored by Almac Group. 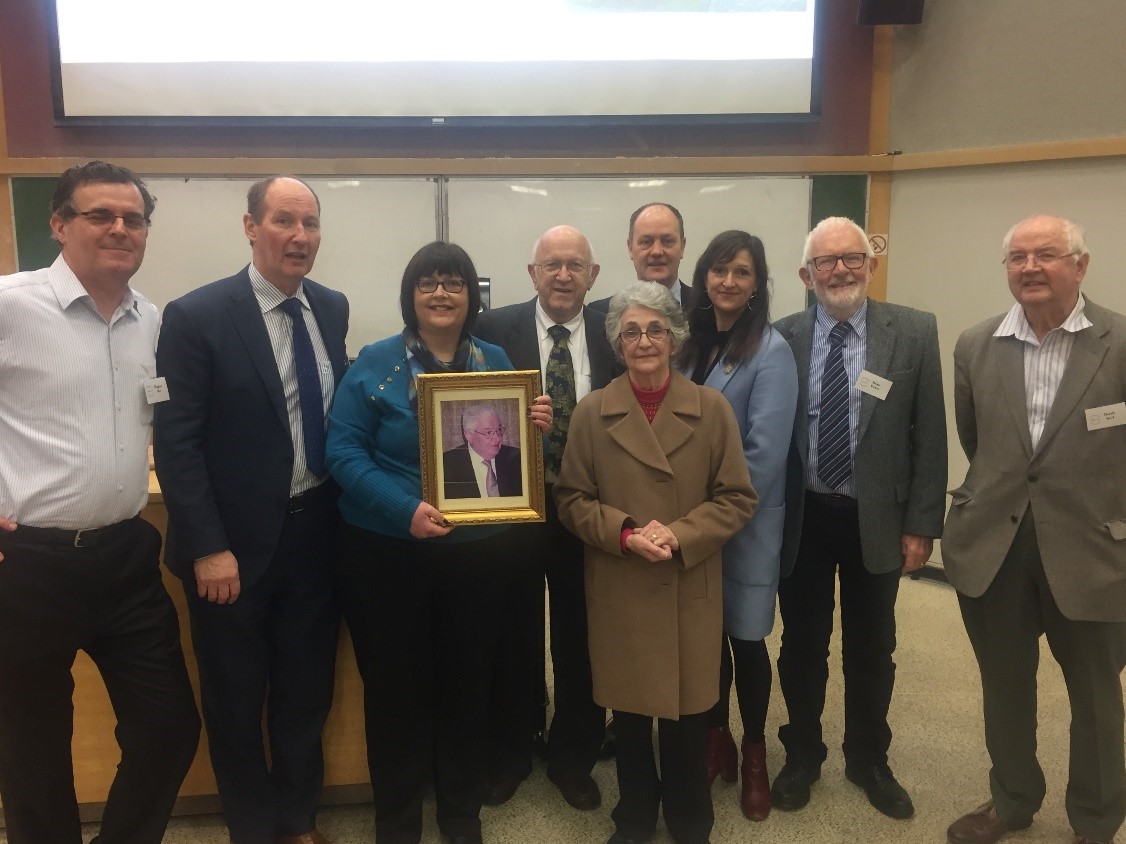 Next Article
Back to News